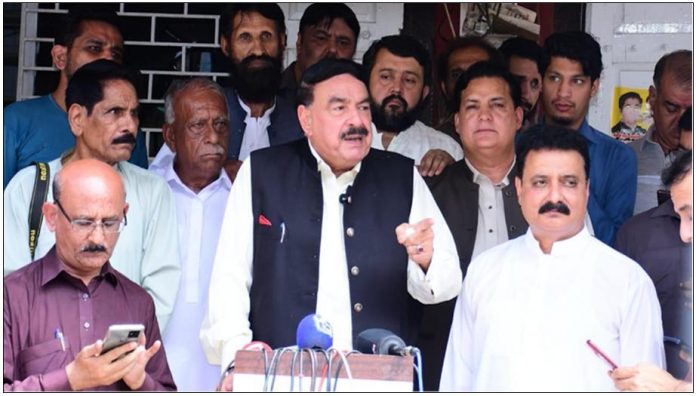 ISLAMABAD: Interior Minister Sheikh Rasheed Ahmed said on Tuesday that the investigation conducted by the Pakistani authorities found no evidence of abduction in the Afghan ambassador’s daughter’s incident. “According to our investigation, the incident involving the daughter of the Afghan ambassador is not a case of kidnapping,” said the interior minister in a press conference. He also lamented that Kabul should not have recalled its envoy over a single case. “The government will fight the case of daughter of the Afghan ambassador [but] our investigation shows that this was not a kidnapping case,” said Rasheed. He added that the girl changed taxis four times and no man sat in any of the taxis during her journey. The interior minister hoped that the Afghan ambassador would become part of the investigation, adding that the government registered the case itself. “Everyone’s daughters are equal, it would have been appropriate if the Afghan ambassador had not gone back,” said the minister. He also added that his ministry has given the footage related to the case to the Ministry of Foreign Affairs. Rasheed said that the envoy’s daughter used the internet throughout her journey, adding that the men accused of the kidnapping were hard-working taxi drivers. Reports of the ambassador’s daughter being “abducted” and “tortured” surfaced on Saturday, with a statement by the Afghan foreign ministry saying that the girl was “abducted for several hours” on Friday. The Foreign Office issued a statement in response saying that a thorough probe has been launched and law enforcement agencies “are trying to trace and apprehend the culprits to be brought to justice”.In the meanwhile, the security for the ambassador and his family was “beefed up”, according to the statement. Prime Minister Imran Khan had instructed the interior minister to get to the bottom of the matter within 48 hours. However, the Afghan government recalled its ambassador and senior diplomats from Islamabad citing security concerns.  Foreign Minister Shah Mehmood Qureshi, in a telephonic discussion with his Afghan counterpart on Monday, shared the progress in the kidnapping case and urged him to withdrawal the decision to recall ambassador.