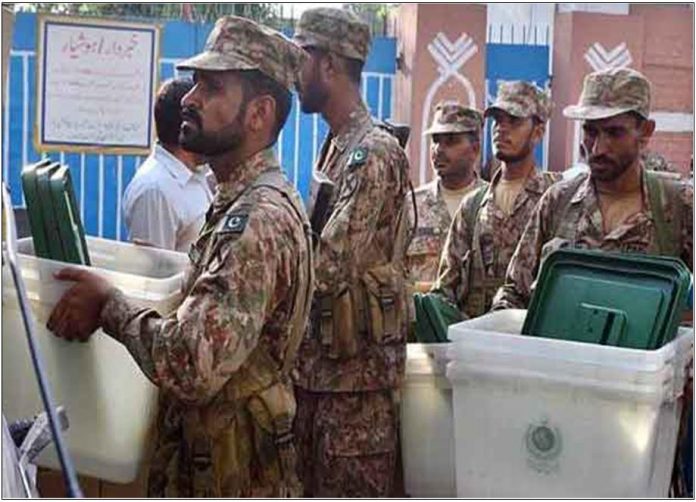 MUZAFFARABAD: On the Election Commission’s request, the Azad Jammu and Kashmir government granted magisterial powers to Pakistan Army officers summoned on July 25 to assist the electoral body and administration for maintaining law and order on the polling day.  Earlier this month it was reported that the army would be on “standby” to assist the conduct of the General Election for the Legislative Assembly on July 25 after a requisition request for troops was made by AJK Election Commission,  A notification by the Ministry of Interior dated July 8 states that it is “pleased to authorise the deployment of Pakistan Army (standby) 1,600 x troops of Pakistan Rangers (Punjab) at highly sensitive polling stations and 4,000 x troops of Frontier Constabulary for conduct of General Election of Azad Jammu and Kashmir Legislative Assembly scheduled to be held on 25th July 2021”.The notification went on to state that the exact dates of deployment will be worked out between the AJK government and its election commission and concerned authorities in Pakistan, subject to the laws enforced in the country. Sources within the AJK election commission had said that the word “standby” was used so that the troops will not be present inside polling stations. An approval by Prime Minister Imran Khan and the Federal Cabinet for the deployment of troops to AJK was already obtained.