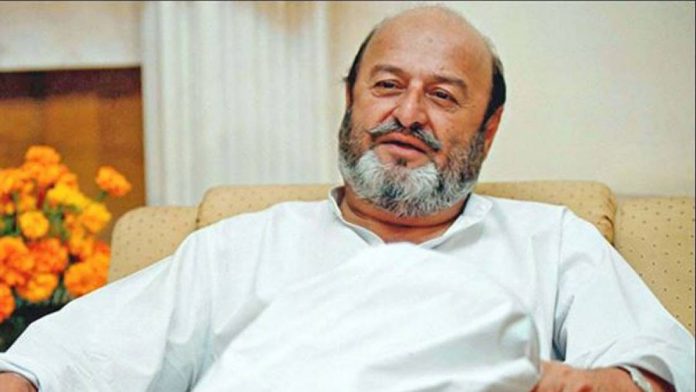 KARACHI: Former chief minister of Sindh Mumtaz Bhutto passed away on Sunday at the age of 94. Mumtaz Bhutto, a cousin and close aide of former prime minister and PPP founder Zulfikar Ali Bhutto, passed away at his residence in Karachi. Bhutto’s spokesperson Ibrahim Abro said the political personality, who had also served as the governor of Sindh prior to becoming its chief minister, has been ill for some time. His body will be sent to Larkana at 6pm for funeral prayers, the spokesperson said. Bhutto, after developing differences with the PPP, had formed his own party, the Sindh National Front (SNF). In 2017, he announced the merger of the SNF with the PTI. Earlier, Bhutto had aligned the SNF with the PML-N before the 2013 elections. However, both parties parted ways after Bhutto developed differences with the PML-N. President Arif Alvi expressed sorrow over the death of Bhutto and extended his condolences to the family. He prayed for Bhutto to be granted heaven and for his family to find the patience to bear the loss. Prime Minister Imran Khan also extended his condolences to the bereaved family. “Saddened to hear of the passing of Sardar Mumtaz Ali Bhutto. My condolences and prayers go to his family,” he wrote. Chairman Senate Sadiq Sanjrani expressed grief over Bhutto’s passing and extended his condolences to the family. Minister for Interior Shaikh Rasheed Ahmed was also among political leaders to express sorrow over the former chief minister’s death. He prayed for Bhutto’s ranks to be elevated in the hereafter and for his family to be granted patience in their hour of grief. Minister for Foreign Affairs Shah Mahmood Qureshi said that he is saddened to hear of the news of Bhutto’s death. He extended his condolences to the family and remembered Bhutto with admiration. “Mumtaz Bhutto was a notable figure in Sindh’s politics,” he said. Chief Minister Balochistan Jam Kamal expressed profound sorrow over the veteran politician’s demise. “I share in the grief of Mumtaz Bhutto’s family,” the Balochistan chief minister said. Minister for Information and Broadcasting Fawad Chaudhry expressed heartfelt sorrow over Bhutto’s passing. “I am praying for the family in this hour of grief,” he said.