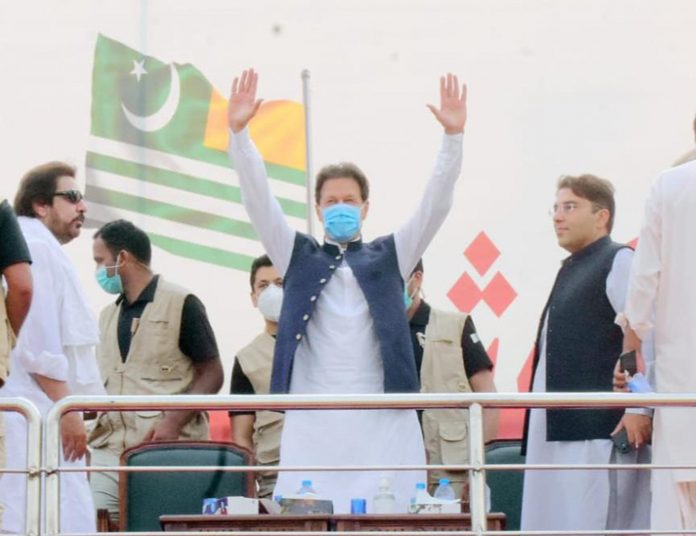 BHIMBAR: Prime Minister Imran Khan on Sunday said that when one goes to vote in the Azad Jammu and Kashmir Legislative Assembly polls on July 25, they must ask themselves if the party leader is honest (sadiq) and trustworthy (ameen). He was addressing a PTI rally in Bhimbar as part of the party’s election campaign ahead of the polls, and later, addressed one in Mirpur, where he urged the crowd to also ask themselves the same before voting. “Ask yourselves while casting the vote: are these leaders honest and trustworthy?” PM Imran Khan said that even if party leaders are not honest, and the candidates contesting the election are, “they will not be able to do anything (honest)”. “But if your leader is honest and if the candidate is a cheat, he will fear doing anything (dishonest). If the leader is not chasing money, he won’t let others chase it either,” the premier said. The prime minister said that if one does research on the poorest countries of the world, they will find that their state is such because there are “Nawaz Sharifs” and “Asif Ali Zardaris” there too. “Their leaders are stealing the country’s wealth and taking it abroad.” “Wherever you find poverty, you will find the rule of force, not law. You will find corrupt leaders, prime ministers, ministers and parliament.” “This is why Hazrat Ali said that a system run by disbelievers may very well run, but a system where this is injustice, will never prevail,” the premier said.