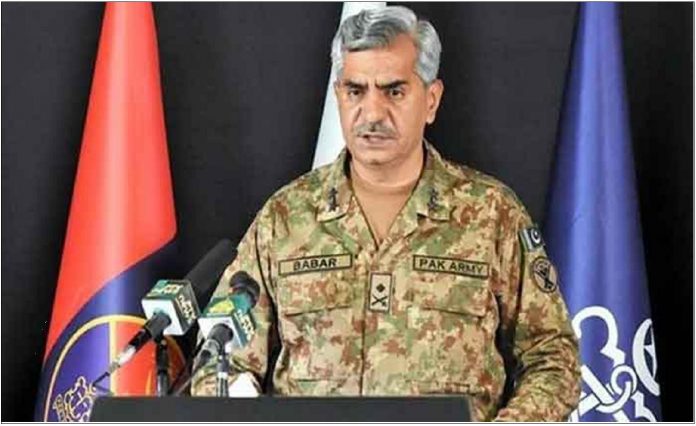 ISLAMABAD:Director General Inter-Services Public Relations Maj Gen Babar Iftikhar on Saturday said that there is a “threat of terrorist sleeper cells becoming active again due to the situation in Afghanistan”.Maj Gen Iftikhar’s remarks came during a conversation with a private television news channel. The spokesperson of the military’s media wing said that the Pakistan Army is “keeping a close eye” on the situation in the region and is “playing its role with utmost seriousness” for the successful outcome of the Afghan peace process. “Pakistan has spared no effort for the peace process,” he said, adding that the country is “not a guarantor”.”Ultimately, it is up to the Afghans to decide how to proceed forward,” the DG ISPR said. He said Pakistan has the “largest stake” when it comes to peace in Afghanistan. Maj Gen Iftikhar said the country has “fought a long and testing war on terror with exemplary success”.”Very effective measures have been taken as per the vision of (Army chief) General Bajwa,” he said. Speaking of the Afghan border, he said that “all illegal crossing points have been sealed” and that deployment of troops to notified points has been ramped up. “Pakistan’s peace heavily depends on peace in Afghanistan,” the DG ISPR said. He said that as long as Afghanistan is peaceful and stable, “it does not matter who is in power in Kabul”.