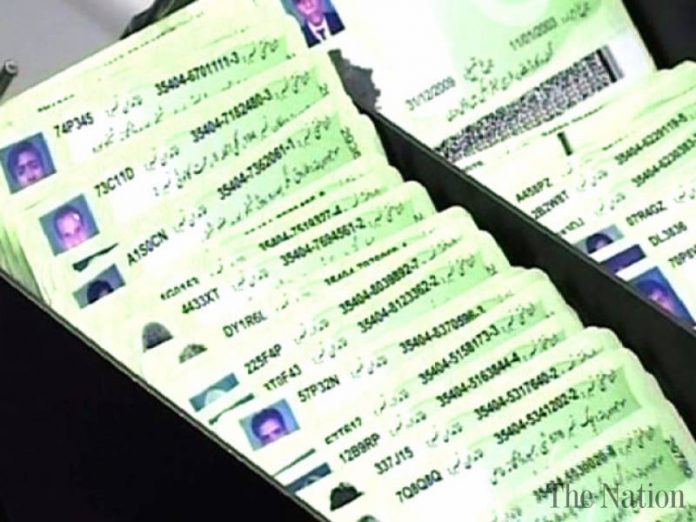 ISLAMABAD:Treasury members in the Senate on Friday disputed the claims of the Federal Investigation Agency (FIA) Sindh Director Amir Farooqi about the involvement of National Database and Registration Authority (Nadra) employees in making around three to four million fake computerised national identity cards (CNICs), some of which were used by militants. At a press conference last week at his office in Karachi, Farooqi said certain employees of Nadra had helped militants linked with the banned Tehreek-i-Taliban Pakistan (TTP), Al-Qaeda in Indian Subcontinent (AQIS) and proscribed outfits of Baloch sub-nationalist groups to get CNICs in exchange for some money. The FIA director had revealed that “foreign agencies” had breached Nadra’s system and “damaged” it. He had disclosed that around three to four million “fake“ CNICs were prepared during the last general elections and senior Nadra officials were involved in the racket. In today’s Senate session, Muttahida Qaumi Movement-Pakistan Senator Faisal Subzwari said Farooqi’s press conference was “highly troubling for the entire country that 50-60 per cent of Nadra employees and officers in Sindh were involved in preparing fake CNICs”.He said CNICs had been made for foreign agencies, banned organisations and terrorist outfits and verified by political individuals. “This is a problematic matter,” he said, adding that three to four million illegal CNICs had been added to the voter list. The senator criticised Nadra, saying its job was to “secure Pakistan’s data” and instead its employees were “making fake CNICs”. Subzwari called for the Nadra employees involved in the issue to be fired and the people responsible for hiring them for such means to be exposed. He also called for the cancellation of the fake CNICs and to cleanse the voter lists from the false identities. Minister of State for Parliamentary Affairs Ali Mohammad Khan while addressing the issue said he “categorically denied and refuted” the claim that three to four million fake CNICs had been issued. The senator provided alternative figures and said around 2.9m CNICs had been issued in Sindh in the last four years.He said the three to four million figure was either “misunderstood” or the “source that had provided it was wrong”.”Still I don’t deny that wrong things happen sometimes for which Nadra is vigilant. This statement was very irresponsible [and] we’ll say it was a slip of the tongue. I don’t know how a responsible individual can say this.” The senator gave details about actions taken in the wake of departmental inquiries and said 39 Nadra employees in Sindh had been suspended and first information reports against 10 individuals had been registered. “I want to reassure that Nadra is vigilant […] we try that fake CNICs are not made but we can’t deny that they’ve been made in the past.” The matter was referred to the relevant standing committee by Senate Deputy Chairman Mirza Mohammad Afridi.