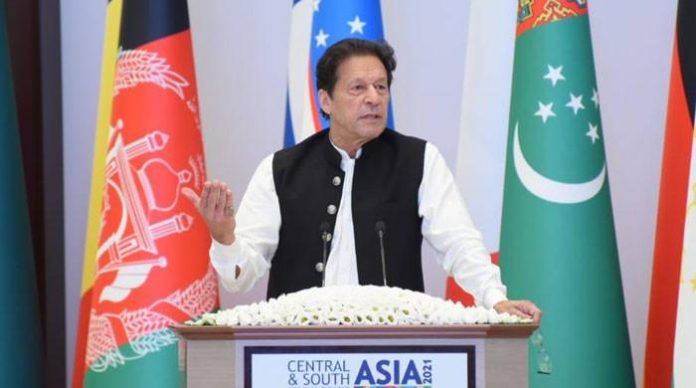 TASHKENT: Prime Minister Imran Khan on Friday asked Afghanistan to consider Pakistan a “partner of peace” rather than blaming it for the ongoing unrest, which he said was the “outcome of using a military solution by the United States instead of a political one”. “Blaming Pakistan for what is going on in Afghanistan is extremely unfair…peace in Afghanistan is our foremost priority,” the prime minister said, in response to the speech of Afghan President Ashraf Ghani at the conference on “Central and South Asia Regional Connectivity, challenges and opportunities’ held at Congress Centre”. During his address, the Afghan president had levelled unfounded allegations against Pakistan, saying that 10,000 fighters had crossed over into Afghanistan from the country. “If talks fail, we will fight the Taliban,” said Ghani. “This is the last chance for peace.” Rejecting the assertions of President Ghani made against Pakistan for “not supporting peace”, the prime minister categorically stated that Pakistan did not want turmoil in its neighbourhood because peace was in its own interest. “Mr Ghani, I want to make it clear to you that Pakistan will be the last country to think about supporting turmoil and unrest in Afghanistan,” he said.