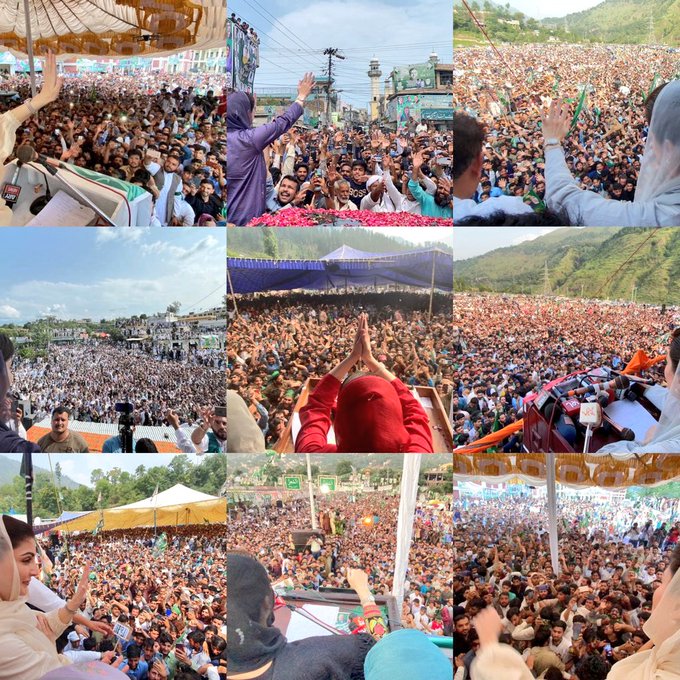 Azad Jammu:PML-N Vice President Maryam Nawaz on Wednesday claimed Prime Minister Imran Khan has “accepted he is the choice of selectors” and not of the people. Addressing an election rally in Azad Jammu and Kashmir’s Hajira town, Maryam said: “I have read that recently Imran Khan was telling his people to not worry, as the selectors did not have any choice except for him.” “I want to tell you (Imran Khan) that it is unfortunate that you have accepted that you are not the people’s, but the selectors’ choice,” the PML-N leader said. Maryam claimed PM Imran Khan had accepted that he had won the 2018 general elections through rigging. “You are the selectors’ choice because you obey them without question,” she said. The PML-N leader said no matter what tricks the premier pulls — “whether he steals the ballot box, sits inside it, or kidnaps the entire election staff” — AJK has already announced its decision that it backs PML-N in the upcoming election of the region’s legislative assembly — scheduled to be held on July 25, 2021. “A vote for Nawaz Sharif, that comes out of the ballot box, will be for Kashmir’s freedom, while a vote for Imran Khan will be in support of the region becoming a province,” she said. The PML-N leader went on to say that in the probe forthe foreign funding case, the Federal Investigation Agency should conduct a raid at Bani Gala, as the country’s “biggest money launderer resides there.”