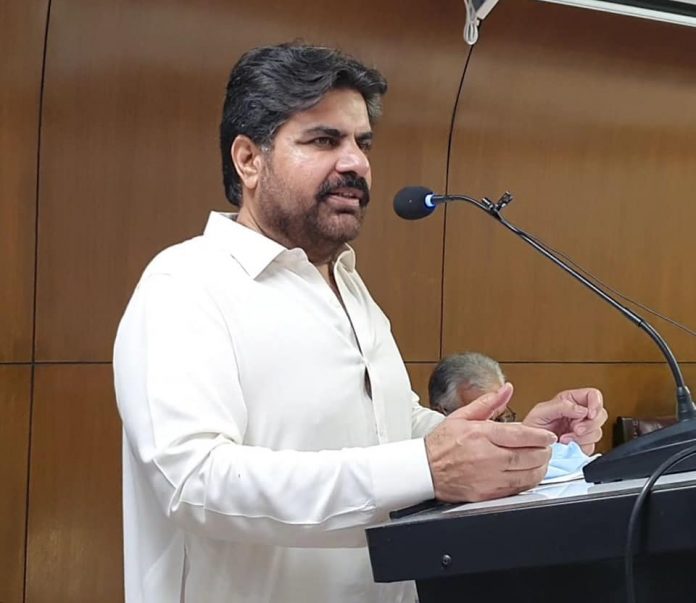 KARACHI: Sindh Information Minister, Syed Nasir Hussain Shah, said on Monday that Afghan refugees could enter Pakistan if civil war breaks out in the neighbouring country. He said this during a meeting with European Union (EU) Ambassador to Pakistan Androulla Kaminara, who called on him here in Karachi. The meeting discussed bilateral relations, forced labor of children including trade, labor laws, political situation, Afghanistan security situation, and ongoing development projects in Sindh by the EU. Speaking on the occasion, Nasir Shah said that in case of a civil war in Afghanistan, Sindh including Karachi would not be able to handle the influx of refugees. “Karachi is already hosting millions of Afghan refugees and does not have the capacity to bear the burden of additional Afghan refugees,” he added. The minister has asked the federal government to settle the Afghan refugees in special camps along the border with Afghanistan. Earlier, the Sindh government had demanded of the federal government to establish camps for them in Punjab, KP and erstwhile FATA. Sindh Minister for Agriculture, Ismail Rahu in his statement said Afghan nationals can migrate to Pakistan after a possible civil war in the country as the departure of US forces has begun. The border with Afghanistan should be sealed to stop the influx of Afghan refugees and camps should be established in Punjab, KP and the erstwhile FATA. “Sindh especially Karachi is already facing population problems and cannot host more refugees as they also pose law and order threat.”