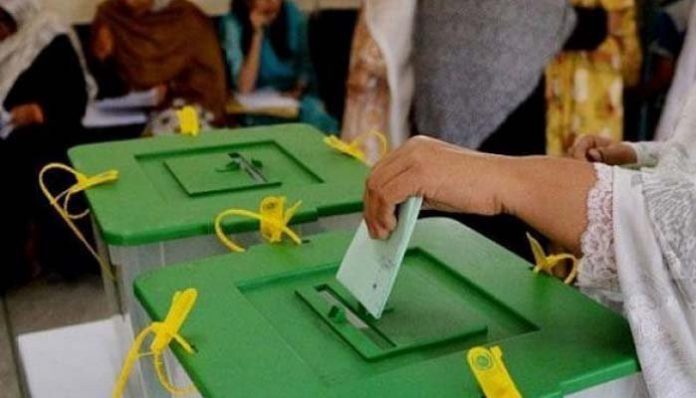 Following a requisition of troops by the Azad Jammu and Kashmir Election Commission, the Pakistan Army will be on “standby” to assist the conduct of the General Election for the Legislative Assembly on July 25. A notification by the Ministry of Interior dated July 8 states that it is “pleased to authorise the deployment of Pakistan Army (standby) 1,600 x troops of Pakistan Rangers (Punjab) at highly sensitive polling stations and 4,000 x troops of Frontier Constabulary for conduct of General Election of Azad Jammu and Kashmir Legislative Assembly scheduled to be held on 25th July 2021”.The notification went on to state that the exact dates of deployment will be worked out between the AJK government and its election commission and concerned authorities in Pakistan, subject to the laws enforced in the country. Sources within the AJK election commission say that the word “standby” implies that the troops will not be present inside polling stations. An approval by Prime Minister Imran Khan and the Federal Cabinet for the deployment of troops to AJK was already obtained. A letter was sent to the prime minister on July 8 by the AJK Chief Election Commissioner, retired Justice Abdul Rashid Sulehria. In it he stated that the government is making the utmost efforts to ensure the elections “shall be conducted in most fair, judicious and transparent so that electors will have a fair opportunity to exercise their fundamental right of franchise without any intimidation or coercion.” The chief election commissioner went on to state: “The Azad Jammu and Kashmir Election Commission being an independent constitutional entity shall be accorded desired assistance from Executive Organs of AJK Government and the Federal and Provincial Governments of Pakistan for all 45 electoral constituencies which are located within AJK and territory of Pakistan for Jammu and Kashmir Refugees settled in different parts of Pakistan.” Sulehria said that to ensure the aforementioned, the AJK Election Commission earlier made a demand for the deployment of troops from Pakistan Army “with our entire preference beside deputation of Pakistan Rangers and other civil armed forces of Pakistan”.He noted that the deployment of troops “has always been a popular demand from the people of Azad Jammu and Kashmir” and was therefore a matter brought up in a meeting of all parties on June 18. The CEC noted that the people have confidence in the Army and demanded their presence at all occasions of General Elections of Azad Jammu and Kashmir “due to obvious reasons that most of electoral constituencies of AJK Legislative Assembly are located all along Line of Control (LoC) where only Pakistan Army can become saviour for the population by ensuring their protection and conducive environment for electors to cast their vote at polling stations freely without any fear of hostile firing from Indian forces”.He requested that deployment of troops from Pakistan Army be ensured “through your own efforts to help creating environment for freely exercise of right of franchise by the electors”.The letter then went on to specify what exactly the election commission requires of the troops. “It is, however, clarified that troops from Pakistan Army shall only be utilised as quick-response-force (QRF) and for administrative assignments including transportation of polling material and polling staff at far furlong polling stations in a protected way,” read the letter. “The Army Troops shall be deployed outside the polling stations without creating their visibility at closer to election process on the polling stations,” it continued. “The Azad Jammu and Kashmir Election Commission shall be highly obliged if your good self may help us in deployment of at least 19,000 troops from Pakistan Army for aforesaid purposes beside deputation of requisite number of civil armed forces as per genuine demand from AJK,” the CEC’s letter to the prime minister concluded by saying.