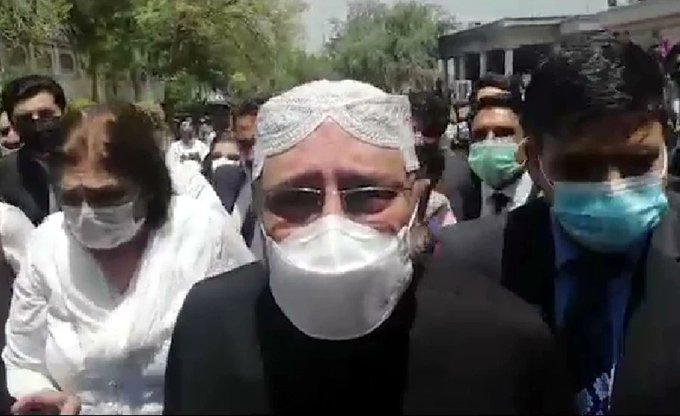 ISLAMABAD: In a thinly veiled assertion that he is being treated unfairly due to his ethnicity, former president Asif Ali Zardari on Wednesday remarked that PML-N supremo Nawaz Sharif’s domicile was “better” than his.

Speaking outside the Islamabad High Court (IHC), where he had appeared for a bail hearing against his wishes, Zardari was asked to give his opinion on whether the laws were different for him and the PML-N leader.

To this, he simply said, “Mian Sahab’s domicile is better than mine”.

He was referring to underlying resentment among Pakistan’s smaller ethno-linguistic groups against the dominant Punjabi ethnic group. Zardari had been told to show up in person for the hearing even though his counsel had pleaded that he not be required to do so due to his ill health.

When asked whether he would advise Nawaz to return to Pakistan, the PPP stalwart said he would not give anyone any advice, but if someone wants to, they can.