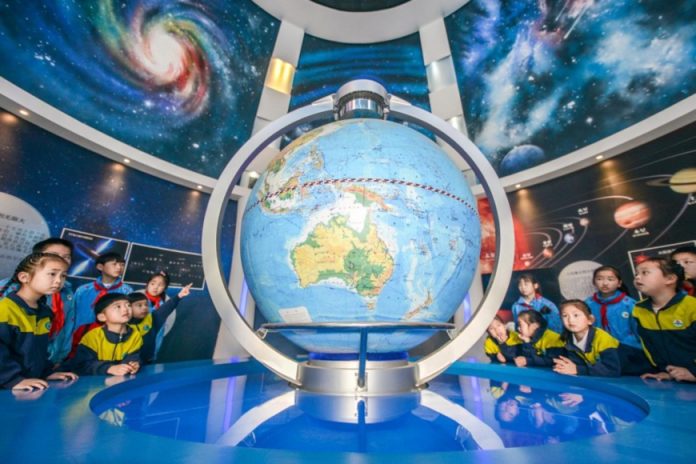 By People’s Daily
The Chinese nation has, after century-long struggle, eliminated absolute poverty for the first time in its history of thousands of years, realizing a dream diligently pursued by the Chinese people and making a giant stride toward its rejuvenation.

“Through the continued efforts of the whole Party and the entire nation, we have realized the first centenary goal of building a moderately prosperous society in all respects. This means that we have brought about a historic resolution to the problem of absolute poverty in China, and we are now marching in confident strides toward the second centenary goal of building China into a great modern socialist country in all respects.”

The above declaration made by Chinese President, Xi Jinping, also general secretary of the Communist Party of China (CPC) Central Committee, at a ceremony marking the centenary of the CPC on July 1 on behalf of the Party and the Chinese people has excited a strong sense of national pride and patriotism of the Chinese people.

In the early days of China’s reform and opening-up, Deng Xiaoping, the late Chinese leader widely regarded as the “Chief Architect of China’s reform and opening-up”, first described a unique Chinese path to modernization by the term xiaokang, which is translated as “a moderately prosperous society”, and explicitly put forward the goal of building a moderately prosperous society in China by the end of the 20th century.

The goal was achieved as hoped through joint efforts of the whole Party and the Chinese people of all ethnic groups. By the end of the last century, the living standards of Chinese people had been raised to an overall level of moderate prosperity.

After basically achieving the goal of building a moderately prosperous society, it remains the Party’s firm commitment to the people to comprehensively build a moderately prosperous society of a higher level for the benefit of more than 1 billion people by the time when the CPC marks its 100th founding anniversary, Xi said last year during the formulation of the country’s 14th Five-Year Plan (2021-2025) for National Economic and Social Development and the Long-Range Objectives Through the Year 2035.

The goal embodied keenly the ideal of the Chinese people today and reflected profoundly the unremitting pursuit of the Chinese nation for thousands of years. It was the Party’s solemn promise to the people and history, and also the common aspiration of more than 1.4 billion Chinese people.

Since the strategic plan for building a moderately prosperous society was proposed by the CPC Central Committee at the initial period of the reform and opening-up, generations of CPC members have taken the desire of the people for a better life as their goal and devoted themselves to it, eventually achieving remarkable fruits in building a moderately prosperous society in all respects.

In 2020, China’s GDP exceeded 100 trillion yuan ($15.46 trillion) threshold, while the per capita figure surpassed $10,000. Over the past eight years, the final 98.99 million impoverished rural residents living under the current poverty line have all been lifted out of poverty, marking a complete victory in the battle against poverty. China has established the world’s largest social security system. Its basic medical insurance scheme has covered over 1.36 billion people, and more than one billion people have subscribed to basic old-age insurance.

While accomplishments that will “go down in history” have been achieved in its development one after another, the country has grown more prosperous and stronger and its people happier.

“Through tenacious struggle, the Party and the Chinese people have shown the world that the Chinese nation has achieved the tremendous transformation from standing up and growing prosperous to becoming strong, and that China’s national rejuvenation has become a historical inevitability,” Xi said in the July 1 speech.

Achieving the goal of building a moderately prosperous society in all respects is of milestone significance for China’s socialist modernization. It laid a solid foundation for the country’s efforts to realize the second centenary goal in its new development stage.

However, it must be realized that however significant it is, completing the goal is only one of the key steps on China’s path towards the great rejuvenation of the Chinese nation.

Today, the CPC is rallying and leading the Chinese people on a new journey toward realizing the second centenary goal, Xi said at the ceremony, mobilizing the nation to set sail for a new journey ahead.

On the great new journey, the Chinese people will continue working hard and perseveringly, forging ahead with determination, building on previous achievements to make new progress, and marching forward regardless of wind or rain, so as to struggle for the realization of the country’s second centenary goal and the Chinese Dream of the rejuvenation of the Chinese nation, and secure new historic feats in the new era.