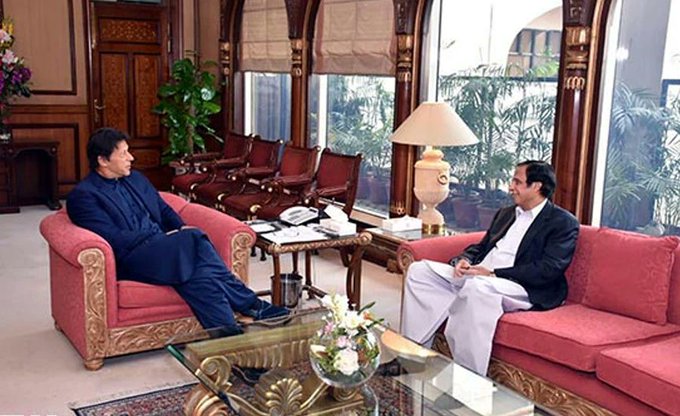 A delegation of PML-Q leaders, led by Chaudhry Pervez Elahi called on Prime Minister Imran Khan and discussed the political situation in Punjab, a statement issued by the PM’s Office said Wednesday.

Per the statement, the leaders talked about the political situation in Punjab, while the provincial budget and the construction of the new building of the Punjab Assembly also came under discussion.

Measures for the development and prosperity of Punjab, through the collaboration of the PML-Q and the government, were also discussed.

It should be recalled that PML-Q and the PTI are political allies in Punjab as well as at the Centre.