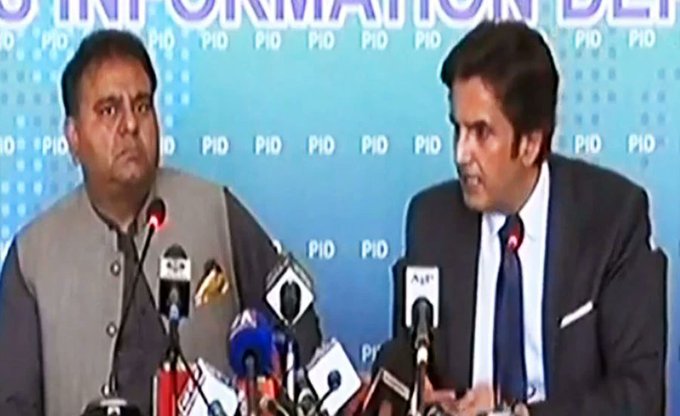 ISLAMABAD: Federal Minister for Industries and Production Khusro Bakhtiar on Wednesday said the government has taken measures to promote the automobile industry by reducing prices of vehicles by up to Rs230,000 and boosting production to 500,000 units by 2025.

Addressing a press conference flanked by Federal Minister for Information and Broadcasting Fawad Chaudhry, he said production would be increased to 300,000 during the current fiscal year and to 500,000 by 2025.

Terming the automobile sector as a potential job creation sector, the minister said that each car produced in the country creates employment opportunities for at least five people.

He said incentives have been provided in the ‘Meri Gari Scheme’ to make small cars financially affordable for the middle class.

The minister reminded the people that the government had removed Federal Excise Duty (FED) and Additional Customs Duty (ACD) on locally manufactured cars of up to 1000cc in the 2021-22 budget.

“This government’s intervention will significantly reduce the prices of all cars. The manufacturers have promised to pass on the impact of the reduced tax regime to customers immediately,” he added.

He said the government has also reduced sales tax on locally manufactured cars while reducing duties and taxes on import of small car (CBUs) to bridge the demand-supply gap that would also result in price reduction.

He said the government intends to promote localisation of auto parts in the country, the purpose is to create employment, promote downstream industry and save foreign exchange.

“A condition of 30% value addition has been introduced on imported raw materials and components to be used for manufacturing of vehicles in the country and to ensure rapid localisation, the government shall update the localised manufacturing of auto parts every six months,” he said.

The minister said the government has introduced measures to deal with the issue of “Own Money”, adding that the government would charge from Rs50,000 to Rs200,000 tax where the first registration is not in the name of the person who booked the vehicle, while it would also impose compulsory payment of KIBOR+3% mark up by manufacturers on delivery beyond 60 days.

In addition, maximum upfront payment on booking would not exceed 20% of the invoice value at the time of booking.

He further said 17 such shortlisted regulations would be implemented in a phased manner over a period of three years.

Khusro said the export targets for the manufacturers would be up to 10% of the import value by the end of five years of this proposed policy.

He said a higher number of electronic vehicles in the local market would encourage auto companies to invest in related infrastructure in Pakistan to facilitate such vehicles.