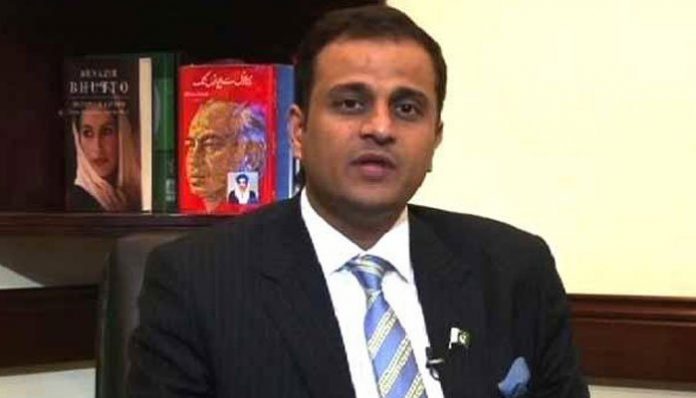 KARACHI: Sindh government Spokesperson Murtaza Wahab said that Zulfiqar Ali Bhutto government was toppled on July 5, 1977 but even martial law of Zia ul Haq that lasted for eleven years had not eliminated the commitment of PPP workers with the ideology of ZAB. The minister said MQM facilitated the approval of the controversial census results but on the other hand, Sindh Chief Minister Murad Ali Shah wrote letter to the Council of Common Interests. He also alleged that Opposition Leader in the Sindh Assembly Haleem Adil Sheikh is the ringleader of the encroachment mafia in the Sindh province. Haleem Adil Sheikh had more influence on the Sehwan Development Authority than the Sindh government and whenever the government wanted to take action, they approached the court. He alleged that the federal government has ignored Sindh province in the provincial development program. Commenting on the PPP Chairman Bilawal Bhutto Zardari visit to the U.S., Murtaza Wahab said that Bilawal Bhutto Zardari and Azra Fazal Pechuho have a private visit to the U.S. and will return in a week. He taunted Federal Information Minister Fawad Chaudhry that he used to defend President Asif Ali Zardari and now he is a spokesperson of NAB. The minister also tweeted, “Transformation of the area around Clifton beach through plantation. These Urban forests are the most effective way of combating climate change.”