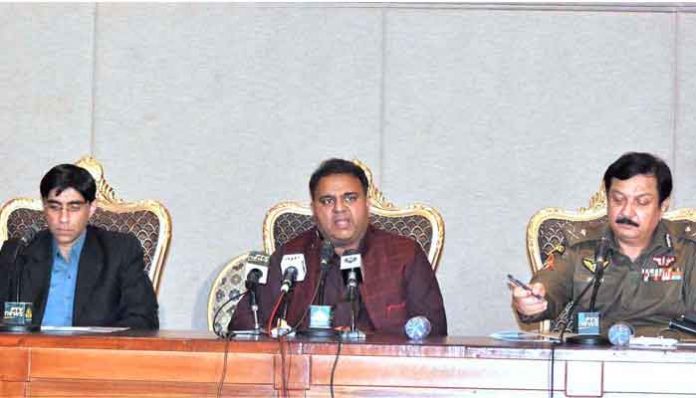 Adviser to the Prime Minister on National Security Moeed Yusuf on Sunday briefed the nation on intelligence gathered on the blast that took place in Lahore’s Johar Town, saying that the main mastermind behind the attack is an Indian citizen and has clear links with RAW.

Addressing a press conference in Islamabad, Yusuf who began in Urdu, also spoke in English at the end, to ensure that the international community has a clear idea of the findings.

“I want to make sure that our message is heard very clearly [regarding] this particular incident on the 23rd of June in Lahore. We have concrete evidence and intelligence, including financial and telephone records that point to direct Indian sponsorship of these terrorists.

“Through forensic analysis, electronic equipment which has been recovered from these terrorists, we have identified the main mastermind and the handlers of this terrorist attack and we have absolutely no doubt or reservation in informing you that the main mastermind belongs to RAW, the Indian intelligence agency, is an Indian national, and is based in India,” he said.

Yusuf said that he would like to remind everyone that “Indian use of territory and people of third countries, which actually embarrasses other countries, is not new”.

“We have been constantly reminding the world of Indian actions, including a detailed dossier that was put out last November with details — minute details — of finances, of action, of support coming from India,” said the national security adviser.

He drew attention to the recent report by EU DisinfoLab, an international reputed organisation, which provides a detailed account of how “hundreds and thousands of fake outlets were being used to malign Pakistan, to spread misinformation about Pakistan, and to hide what is actually a clear terrorist sponsorship by a state against another state in our region”.