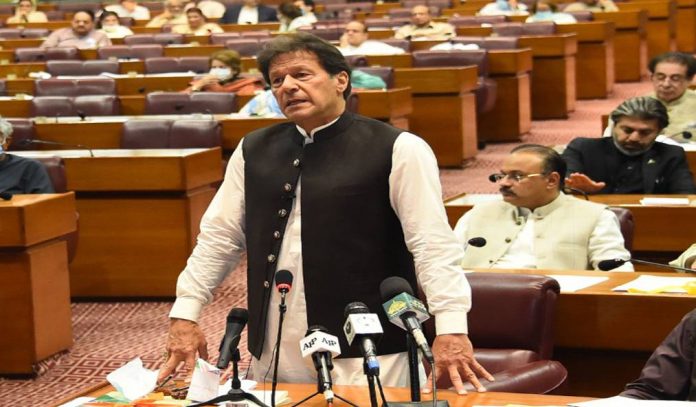 ISLAMABAD: Prime Minister Imran Khan on Wednesday delivered a long address to the National Assembly, laying particular stress on making elections controversy-free and inviting the Opposition to work with the government on reforms that will help achieve that aim. His address came a day after the government smoothly passed Finance Bill 2021-22. “After 1970, all elections have been controversial,” said the prime minister, adding that the recently held by-polls and Senate elections were made controversial as well. PM Imran Khan said the government had been mulling ways to make the elections acceptable to all the parties, and reminded the Opposition that election reforms would benefit democracy. “After trying our best […] we came to the conclusion that EVMs (electronic voting machines) are the only solution,” he said. Lauding Minister for Finance Shaukat Tarin and his team, the premier said they had presented the budget in line with his vision. “When we had begun our struggle 22 years back, we had one aim in mind: to build an Islamic welfare state — the objective of our founding fathers.” The premier said if the country steps back from this aim, then there would be “no justification for Pakistan’s existence”.