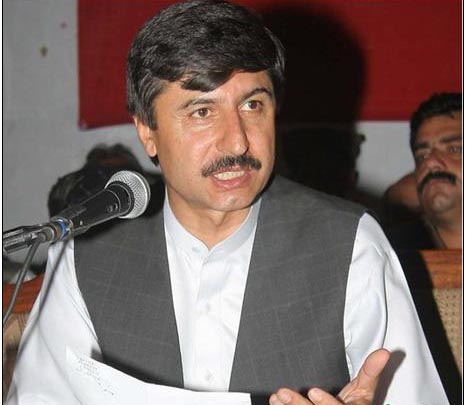 QUETTA: A top level delegation of Awami Tahreek led by Central President Dr. Rasool Bakhsh Khaskheli, Senior Vice President Abdul Qadir Ranto, Central General Secretary Noor Ahmad Katyar reached Muslim Bagh, the hometown of Pashtunkhwa Milli Awami Party central leader and former Senator Usman Kakar. On the demise of comrade Usman Kakar, they offered condolences to his son Khushal Kakar and other family members and party leaders. On this occasion, Dr. Rasool Bakhsh Khaskheli, Central President of Awami Tehreek, said that Shaheed Comrade Usman Kakar was a close friend of our party leader Rasool Bakhsh Palijo. When Rasool Bakhsh Palijo passed away, Shaheed Usman Kakar had paid a great tribute to Palijo in the Senate. Shaheed Usman Kakar played an important role in the democratic struggle against dictatorships. He remained with us in Poonam, the alliance of oppressed nations. He further said that Shaheed Comrade Kakar challenged the occupying forces which were enemies of the country and the people. He was not only the leader of Pakhtuns or Balochistan, he spoke of the rights of Sindhis, Balochs, Pakhtuns, Seraikis. He was the real leader of the oppressed nations of the country and the oppressed classes and the democratic people. Dr Rasool Bakhsh Khaskheli said that the circumstances show that the death of Usman Kakar was not natural and was Martyred. We demand from the federal government which is responsible this incident, for setting up a high level judicial commission consisting of serving judges of the Supreme Court. Through which the killers of Shaheed Usman Kakar were brought to light and punished severely.