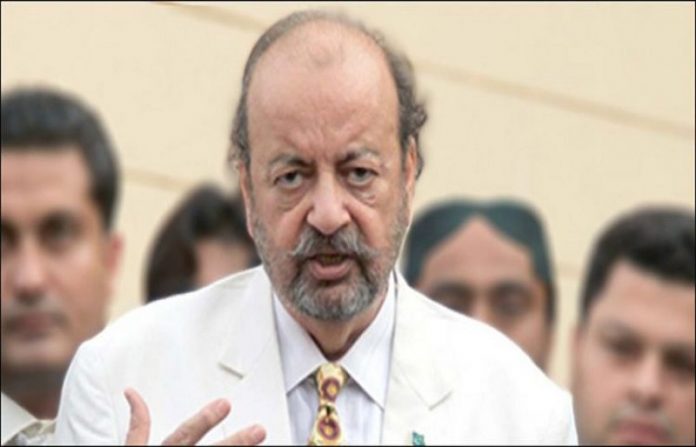 KARACHI: As today’s session started, Speaker of Sindh Assembly, Agha Siraj Durrani, condemned the incident happened in the house yesterday. He said that’ it is very sad that the members who represent the house were the ones who slammed and disrespected its honour’. Agha Siraj also said that’ I’ve seen all the video recordings of the incident and have identified who was involved in it and who even helped them. I’ll make sure that strict actions are taken against them and no such incident is to happen in future ever again’. The speaker thanked the member s of Grand Democratic Alliance (GDA) who helped him maintain the decorum of the house while this disrespectful act was being conducted. ‘Everyone present in the house has to follow the set of rules and regulations set for the decorum of the house’, the speaker said. Agha Siraj Durrani also said that ‘In 8 years of my tenure, I have not seen such disrespectful act being conducted in the assembly building’. Furthermore, Minister Excise & Taxation, Mukesh Kumar Chawla, reminded the speaker about a fake notification being rolled around the internet with the forged signature and stamp of the speaker regarding the ban of the members of Sindh assembly. He urged the speaker to involve the police and cyber crime department to investigate and arrest the culprit behind this forgery. During the session, MPA Syed Zulfiqar Ali Shah said that a fake picture of him with the actress claiming to be wife of a PPP lawmaker, Hareem Shah, is being rolled by the netizens. He claimed that a person naming Ali Rind is behind all this propaganda and the opposition is funding this man. The speaker replied that,’ marrying someone is not a sin, you just have to seek permission from the first one and I hope that if you are going to marry someone in future, you’ll make sure to invite everyone from the house’. While this was happening inside the house, PTI lawmakers tried to create a fuss outside the assembly building while verbally and physically abusing the assembly staff and security officials. During all this happening, MPA Firdous Shamim Naqvi walked out from the session as he tried to deliver a speech without the permission of the speaker followed by the slogans of his resignation from his seat by the members. Furthermore, MPA Mir Mumtaz Hussain Jakhrani said that’ NAB is after the Pakistan People’s Party politicians and condemns the raid incident happened a day before at the house of Adviser to Sindh Chief Minister Aijaz Hussain Jakhrani’. He also said that ‘we have faced hardships earlier in our political career and we will counter these in the future as well, no one can stop us from loving PPP and the people of Sindh’. Lastly, TLP leader Muhammad Qasim Fakhri proposed an amendment in the rule & regulations of the Sindh Assembly. He urged that Azaan should be recited in house as well and a break of 15 minutes should be given to offer namaz after it. On this Mukesh Kumar advised the speaker to move this amendment to the parliamentary affairs. On which, the speaker added to make sure this amendment is to be made permanently in the ‘Rules & Regulations of the Sindh Assembly’.