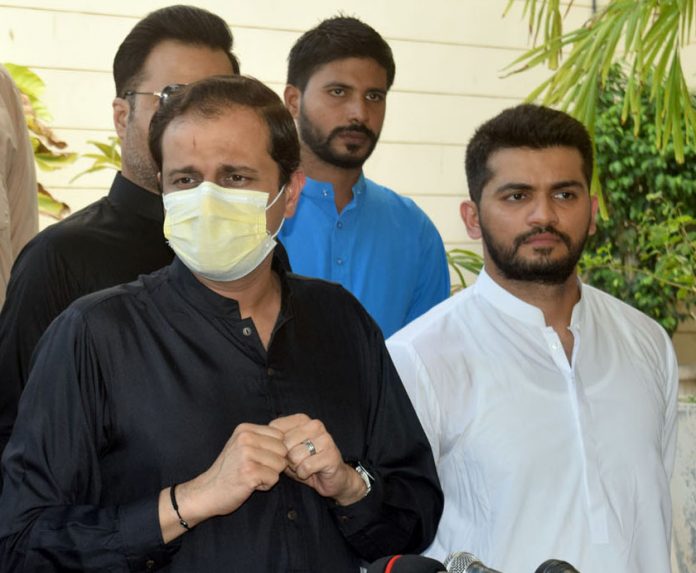 KARACHI: Adviser to Chief Minister of Sindh Murtaza Wahab has Monday dismissed media persons’ queries over the purported marriage between TikToker Hareem Shah and a Pakistan People’s Party (PPP) lawmaker whose name has yet to be verified. Talking to media earlier today, Wahab said there were more important things for people to engage with at the moment, for instance, the gas supply crisis that directly concerns people of Sindh. He jested he has nothing to do with this affair as if fending off implications he could be that MPA. In an interview to a private news channel, the famous TikToker Hareem Shah has confirmed the news of her marriage saying she will announce it officially with her husband after he has convinced his first wife. She said her husband is a PPP MPA from Sindh and indicated he holds a portfolio in the cabinet as well. Earlier today in the Sindh Assembly, the MPAs roasted Sindh agriculture minister Muhammad Ismail Rahoo for rumours he is the groom in this affair. He, too, rubbished the rumors and denied any such event.