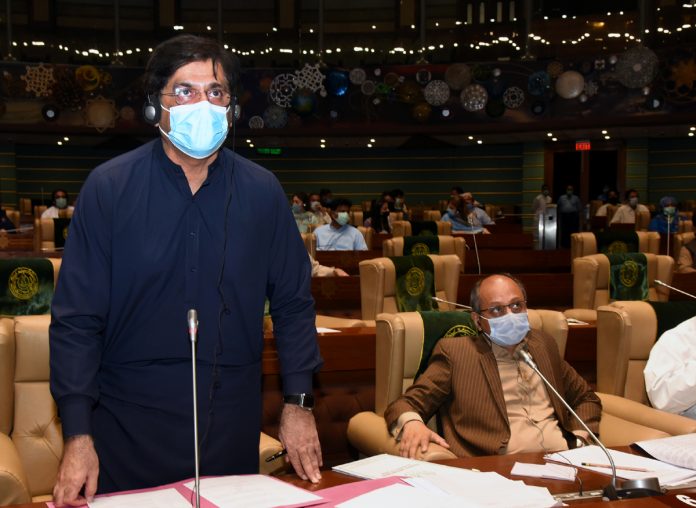 KARACHI: The Sindh Assembly on Friday managed to pass over Rs1.47 trillion worth budget for the financial year 2021-22 amid lot of uproar by the opposition. Speaking after passage of the money bill, Sindh Minister for Labour, Education and Literacy and Human Resources Saeed Ghani said neither the opposition submitted the cut motions nor did it oppose the budget. Later, talking to the media, Sindh Minister for Information Syed Nasir Hussain Shah rejected the objections raised by the opposition to the provincial budget. “Sindh Chief Minister Syed Murad Ali Shah had invited the opposition parties to submit cut motions and participate in the budget discussion,” he said, and added, “But these parties did not take interest in the post-budget session from the very start.” Nasir regretted that the opposition had been given two days by the SA speaker Agha Siraj Durrani to properly study the budget document and prepare their arguments, but the opposition was not interested from the very beginning, resulting in the passage of the budget with consensus. “Congratulations to the people of Sindh on the passage of tax-free budget for the next FY,” Sindh minister concluded. Talking to the media after the passage of the provincial budget by the Sindh Assembly with consensus, Opposition Leader in the Sindh assembly Haleem Adil Sheikh remarked that today was the day of demise of democracy in Sindh. “’Financial terrorists’ of the province have looted over Rs8, 000 billion of the people of Sindh,” he alleged. “Today they have made it clear that they have nothing to do with the welfare of masses,” Haleem said, and added, “Fear was evident from the faces of Sindh government representatives.”