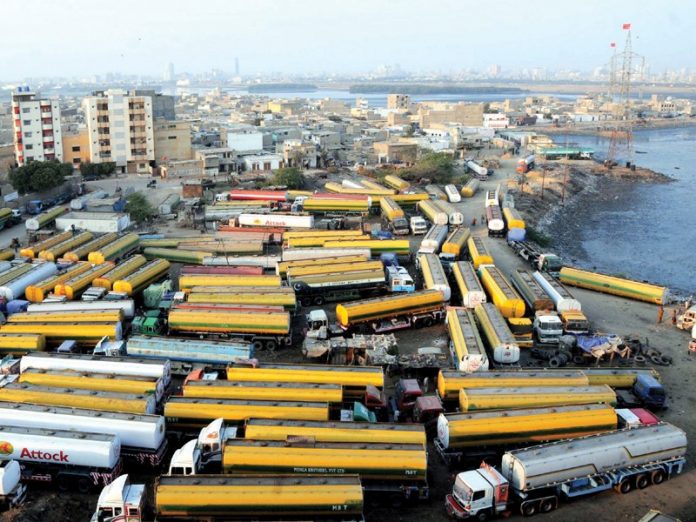 KARACHI: The Oil tankers association has decided to call off their strike following its talks with the government body. Sources told that on Friday that the dialogues between the government and the oil tankers association remained successful and the oil tankers association was agreed to resume the oil supply across the country. Energy Minister Hammad Azhar, Special Assistant to PM on Petroleum Division Tabish Gohar and secretary petroleum participated in the meeting held at Petroleum Division. The strike announced by the All Pakistan Oil Tankers Contractors Association (APOTCA) was entered the second day on Friday as the APOTCA stopped the petroleum products supply all over the country. The federal government invited the Oil Tankers Association to discuss the matter. It is pertinent to mention here that the petroleum situation all over the country and especially in Karachi was getting worse. All Pakistan Petroleum Retailer Association leader Shoaib Khan had called upon the higher authorities of Sui Southern Gas to immediately reopen CNG stations in the best interest of the people. If CNG stations remain closed, then it will create chaos in the country, Shoaib added. The oil tanker associations were divided over the issue of a countrywide strike as the Oil Tanker Owners Association announced its non-participation in the strike on Thursday. The APOTCA wanted a 50% quota in White Oil Pipeline seeking an even division in the supply of petroleum products, 50% by roads and 50% through the pipeline. The OMCs were supplying 60% diesel supply using pipeline and 40% via roads. The other demand of the APOTCA included a cut in the tax rate on oil transportation and fixation of queue structure from the current 3% to 2%.