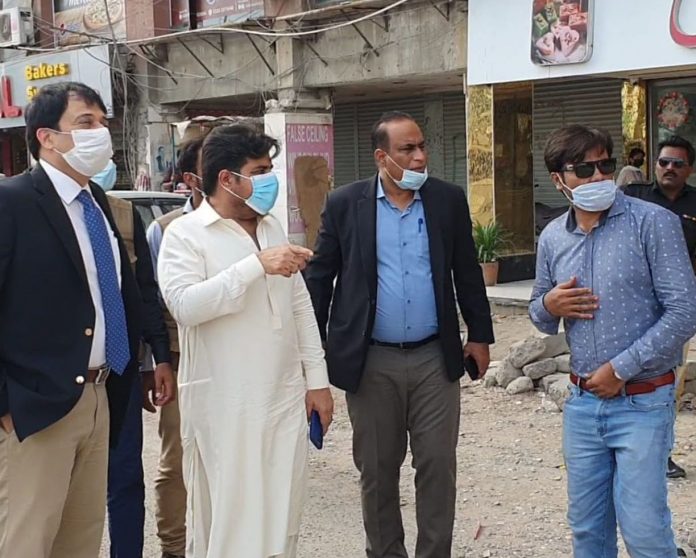 KARACHI: Sindh Minister for Information and Local Government Syed Nasir Hussain on Tuesday visited various rainwater drains in Karachi to review cleanliness measures in view of the upcoming monsoon season. During the visit, the minister directed to speed up cleaning work on Karachi’s nullahs and immediately opening the chocking points of the drains. He also ordered to improve the drainage of storm water. Nasir Shah also directed authorities concerned to properly dispose of the trash lifted from storm water drains at landfill sites. The government will stop the salary of contractors if waste lifted from storm water drains did not dispose of properly at landfill sites, he added. Sindh Solid Waste Management officials were also along with the Sindh minister during a visit to various Karachi nullahs. The monsoon rains will begin in Karachi after the first week of July, according to a media report quoting a weather official. In a media report chief meteorologist Sardar Sarfaraz said that there was no weather forecast for rainfall in June. The first spell of pre-monsoon rains lashed Karachi’s northeastern suburbs until Nooriabad on Friday, along the M-9 Motorway. The weather department has also predicted that Karachi will receive heavier rainfall this monsoon like the previous year. Likely rainfall during July – September monsoon weather duration is 140.8 mm, according to the weather report.