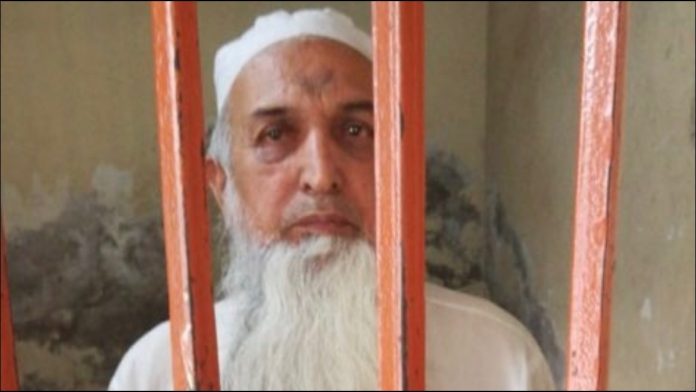 LAHORE: Former JUI-F leader and cleric Mufti Aziz ur Rehman, who sexually abused a madrassah student, has confessed to his crime during interrogation, police revealed Monday. Aziz and his sons were presented before the Cantt court today, police said. During the proceedings, the police requested the court for physical remand of the cleric. The court, in response, granted the permission to carry out a four-day physical remand of the accused, while also ordering a DNA test and medical examination According to the police, Aziz, the former superintendent of the Jamia Manzor Al-Islamia in Lahore Cantt, has confessed that the viral video featured him and it was stealthily filmed by his student. The cleric also confessed that he had lured the student with passing marks in the exam and had later sexually abused him. He also said that once the video went viral, he got scared of the repercussions. Aziz told the police that his sons had threatened the student and told him not to speak to anyone about it. However, despite the threats, the student went ahead and posted the video online. The cleric also said that he issued a video statement because he did not want to leave the madrassah, adding that following the video leak, the administration of the madrassah urged him to leave his job. Once police registered a case against Aziz, he had fled from the madrassah to avoid arrest and sought refuge in the houses of some of his students. Per the police, Aziz went into hiding in different areas, including Township, Sheikhupura, Faisalabad, and Mianwali. The police said that Aziz and his sons were traced via the location of their mobile phones. They were hiding in Mianwali when the police finally arrested them.