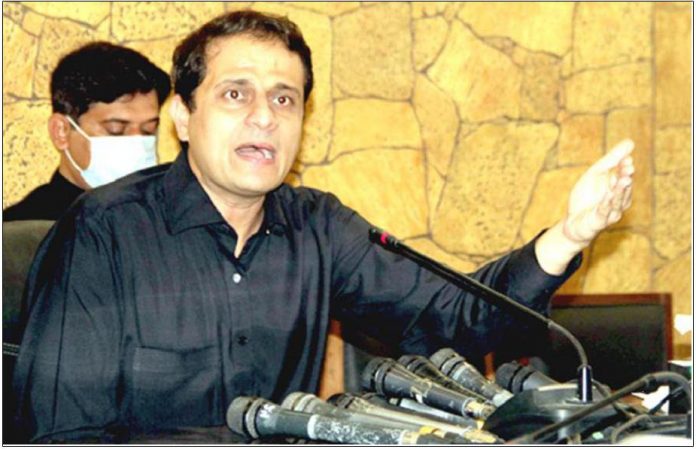 KARACHI: Sindh Chief Minister Murad Ali Shah has been standing firm to protect the constitutional right of the the province, PPP provincial government spokesman Murtaza Wahab Siddiqui said on Sunday. He said the centre wanted Sindh CM to act like his Punjab and KP counterparts Usman Buzdar and Mehmood Khan respectively. Fawad Ch took U-turn on matter of letter against Buzdar, Murtaza said, adding that Fawad Ch visited Karachi to just mark Father’s Day. Murad Ali Shah took the case of census to Council of Common Interest and he has been raising the issue at all the constitutional platform, he said. The federal government opted for blame-game whenever it failed to answer the question in democratic terms, Murtaza maintained. Last month, the Sindh government sent a reference to the parliament making a request for deliberating upon the results of the sixth census after the Council of Common Interest (CCI) failed to address its concerns. Sindh CM Murad Ali Shah requested the National Assembly Speaker Asad Qaiser and Senate Chairman Sadiq Sanjrani under Article 154(7) of the Constitution to summon a joint session of parliament to take up the matter. The Sindh CM’s act to protect the provincial rights irks the federal government although he acts under the constitution, Murtaza said questioning if the PTI provincial governments have local government systems in their provinces. The top court recently remarked that the decision of selling railways lands is being made at the governor house, he recalled adding that the government house was the point that the PTI pledge to raze for making it a purposeful point – another promise that left unfulfilled. He stressed the governor got a house but the PTI could not build 5 million houses so far. He mentioned sugar scam and question the action against Jehangir Tareen, saying that the PTI just went for political victimisation of PPP and PML-N. He spoke of water woes in Sindh ‘because of the PTI propaganda’ and issues of railways that have been adding to the provincial and the poor’s problems instead of providing them with relief as promised by the ruling party.