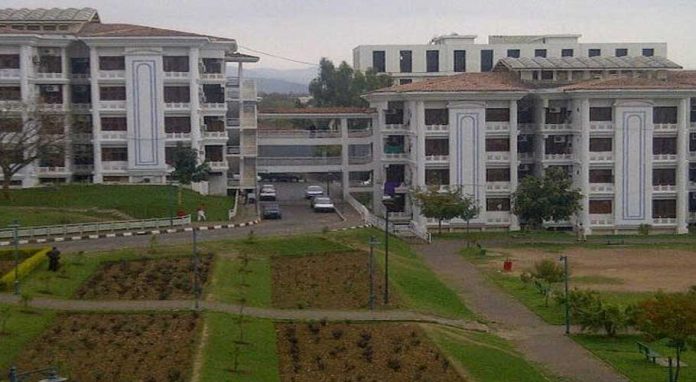 ISLAMABAD: (Bureau Report) Body of the driver of a minority MNA belonging to ruling Pakistan Tehreek-i-Insaaf was found hanging from the ceiling fan of a room in Parliament Lodges. According to sources, the dead body was found in a room of Parliament Lodges on Saturday. The body was hanging from the ceiling fan of the room. The sources said the deceased’s name was Santosh Kumar and he worked as a driver for minority MNA and Parliamentary Secretary Lal Chand Malhi who belongs to the ruling PTI. The man was wearing a vest and shalwar at the time of his hanging. MNA and Parliamentary Secretary Lal Malhi said that his driver Santosh had committed suicide by hanging himself from the ceiling fan. He said before his hanging, Santosh had recorded a video in which he discussed his domestic tensions. The MNA informed that his driver held his wife and mother-in-law responsible for his suicide. The MNA cited his alibi saying he was in Umar Kot and his driver was alone in the Parliament Lodges. Police have started an investigation into the case. SP Rana Wahab along with his team reached the scene and the investigators collected evidence from the driver’s room. MNA Lal Malhi was not present in the room where the incident happened. Police said that the deceased had recorded a video message before his suicide. And he probably committed suicide after getting disheartened by domestic problems, they added. Police started their investigation from Lal Malhi’s Lodge No 8.