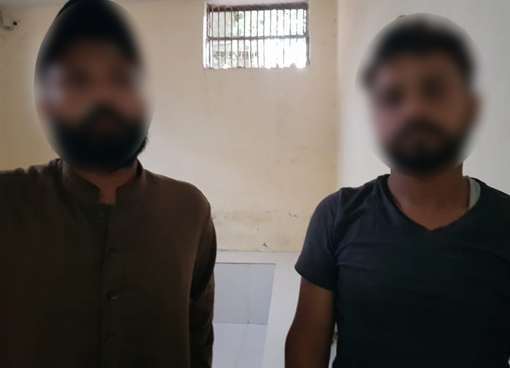 KARACHI: The Brigade Police Station has in a raid on Friday arrested at least two suspects for alleged involvement in a gang-rape of a minor girl earlier this month near the Gora Qabaristan area, citing a police statement. The fifteen-year-old Karachi girl was allegedly gang-raped earlier in June by three men who fled the scene leaving the hapless victim knocked out, senior police official Farooq Bajrani told to a local news channel. Bajrani said a medico-legal test of the victim has been carried out and the suspects arrested have been booked in a case in Brigade Police Station. One of the three suspects remains at large while police teams have been assigned to chase him, he said. In another event related to alleged molestation and sodomy cases, a rape suspect has been arrested by police officials over his alleged involvement in child abuse and blackmailing them via videos in Karachi’s Qayyumabad area. Police arrested the suspected man who had allegedly raped a child in Karachi’s Qayyumabad area. The local residents had allegedly caught him while raping a boy and tortured him on the scene. A case was registered against the accused at the Defence police station and he was shifted to the hospital for medical examination.