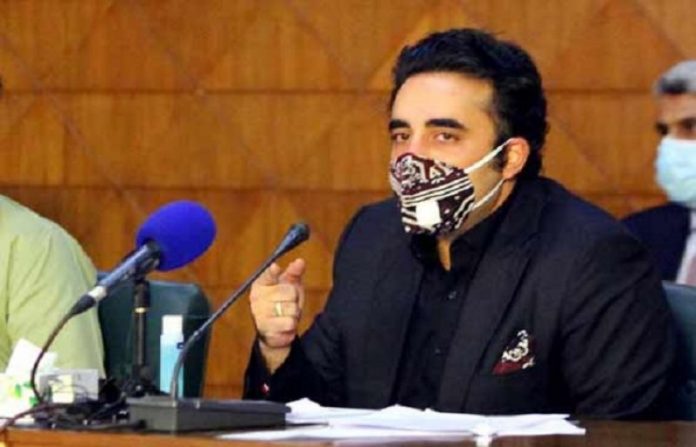 ISLAMABAD: (Bureau Report) Chairman PPP Bilawal Bhutto-Zardari said Friday that both the budget and the budget session of the PTI-led government are “illegal.” Speaking during a session of the National Assembly, which was being conducted under the chairmanship of National Assembly’s Speaker Asad Qaiser, Bilawal said that it seems the government is playing the role of the Opposition instead of running the country. Criticising Prime Minister Imran Khan famous rhetoric, Bilawal said that likening the country — which is being ruled by an “illegitimate government” — to the state of Madina is not appropriate. Speaking about the budget recently presented by the PTI-led government, Bilawal said the masses are aware of the fact that “claims of 4% growth are based on lies.” “I think both this budget and the budget session are illegal,” he said, adding that ever since the government has taken over, no new National Finance Commission (NFC) award has been given to provinces. It should be noted that the NFC award is meant to distribute financial resources between the federal government and the provinces. “Every budget will be unconstitutional until the NFC award is given,” said Bilawal. Shedding light on the growing inflation in the country, Bilawal said that the PTI government has “abandoned people and left them in a destitute condition.” He said that people will never forgive the government for further pushing them below the poverty line. “If the budget raises petrol, gas, and electricity prices, then every Pakistani has to bear the burden of the government’s incompetence,” said Bilawal, adding that had there been economic growth, so many people would not be unemployed. “The prime minister had promised to grant 10 million jobs to people, but on the contrary, even those who were previously employed have now been rendered jobless,” the PPP chairman said. Bilawal said that if the country has seen economic growth, as claimed by the PTI-led government, then why does it have to “beg before the International Monetary Fund (IMF)?” “If the economy has significantly improved, then the government should immediately opt out of the IMF’s deal,” he said. Taking a jibe at the government once again, Bilawal said that as per the economic survey, if nothing else, the population of donkeys has increased in the country, for which Prime Minister Imran Khan’s policies must be lauded. Bilawal further said that the PTI government did not even spare Azad Jammu and Kashmir and burdened the people there with the imposition of taxes. He said that only Rs12 billion had been earmarked for the agricultural sector, which is the backbone of the economy. “The government has abandoned the farmer community. They have not even been provided with fertiliser subsidy,” said Bilawal.