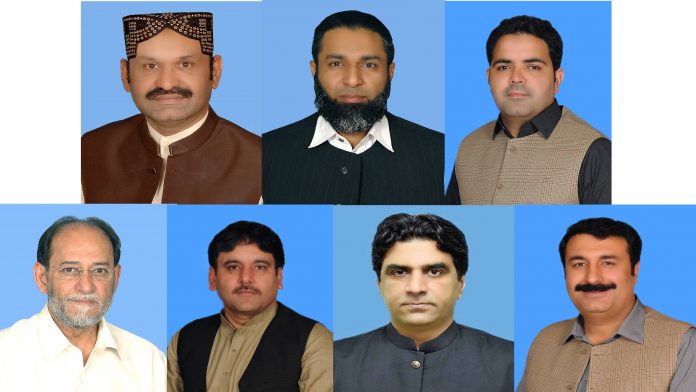 ISLAMABAD: A day after barring seven lawmakers from entering the National Assembly for creating ruckus during the budget session in the Lower House of Parliament, Speaker Asad Qaiser on Thursday lifted the ban on their entry. The NA speaker had barred the lawmakers from both sides of the aisle from entering the House for creating ruckus and behaving in an “unparliamentary” manner. The MNAs included Ali Gohar Khan, Chaudhry Hamid Hameed, Sheikh Rohale Asghar, Faheem Khan, Abdul Majeed Khan, Ali Nawaz Awan and Syed Agha Rafiullah. The assembly secretariat has informed the lawmakers and security staff about the entry ban having been lifted. The NA speaker decided to allow the lawmakers to return to the assembly to bring normalcy to the House. It is noteworthy that the opposition in a letter to the NA speaker had asked him to lift the ban on the entry of the seven lawmakers. Separately, the government and the opposition reached a consensus for smooth functioning of the house. The consensus was reached during their talks at the parliament house in Islamabad on Thursday. Later briefing the media persons about the outcome of talks with the opposition, Defense Minister Pervez Khattak, accompanied by Minister for Information and Broadcasting Chaudhary Fawad Hussain said it has been decided that there will be no hooliganism during the session and decent language will be used by members from both sides of the aisle. The defense minister said it has also been decided that a parliamentary committee will be constituted to further empower the NA speaker and ensure the proceedings of the house are conducted in a harmonious manner.