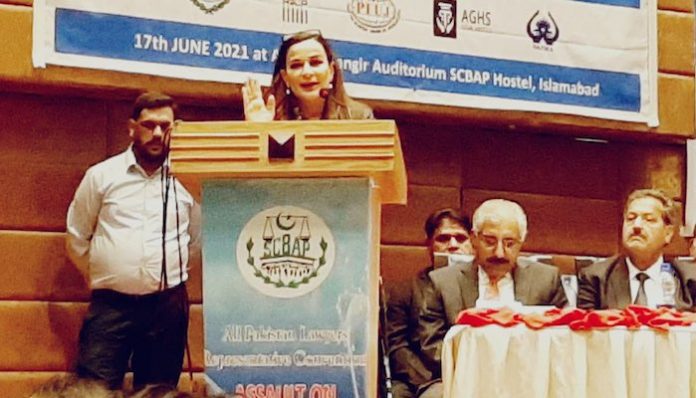 ISLAMABAD: PPP Senator Sherry Rehman says Parliament is under attack in unprecedented ways. “Make no mistake, so is democracy. Telling truth to power has always been a challenge but today it is under threat in dangerous ways,” Rehman said on Twitter. In her speech at a convention on the attacks on judiciary and media in Pakistan, she warned that a “storm is coming”. “The first and last blow of the storm is also on journalism,” she said. Rehman and several other politicians, lawyers, journalists and civil society members expressed their grave concern over the state of the media and judiciary in Pakistan during a convention, ‘Assault on Media and Judiciary’, hosted by the Pakistan Federal Union of Journalists and Supreme Court Bar Association in Islamabad on Thursday.