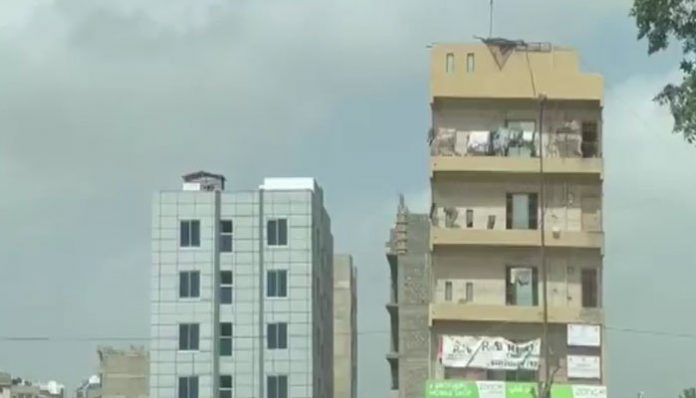 KARACHI: The officials in Karachi’s Defence Housing Authority (DHA) on Thursday sealed a four-storey residential building as it tilted towards one side after last year’s rains. As per details, the building located in the Defence Housing Authority (DHA) area tilted towards one side after last year’s heavy monsoon rains. Taking prompt action to avoid any eventuality, the Defence Housing Authority (DHA) officials sealed the building and evacuated the masses living in the four-storey building. It has been learnt that the people were living on the rent in the tilted building, while the shops located on the ground floor of the building have also been made empty. It is pertinent to mention here that at least 27 people have been killed and several others injured after a residential building collapsed in Gulbahar area of the city in March this year. A Sindh Building Control Authority (SBCA) team probing the collapse of the residential building had claimed that the two-storey building caved in due to its weak foundation. The report also said that the underground boring in nearby areas impacted the building foundation. “We will be sending the samples from the debris for lab tests in order to ascertain real cause of the collapse,” said one official of the Sindh Building Control Authority (SBCA). On March 16, a local court granted two days’ physical remand of the accused including the owner of the structure to police in Gulbahar building collapse case.