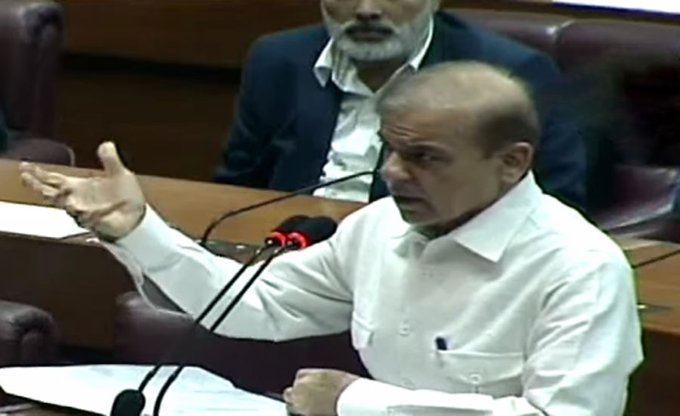 ISLAMABAD: Opposition Leader in the National Assembly Shahbaz Sharif on Thursday finally delivered his speech in the Lower House after three days of rowdy behaviour by lawmakers.Moments before Shahbaz’s speech, Defence Minister Pervez Khattak had announced that the government and Opposition had reached an agreement to run the National Assembly “in an orderly manner”.The announcement followed days of ruckus and general disorder in the lower house of Parliament as the Treasury and Opposition benches sparred over the federal budget for the 2022 fiscal year.Speaking on the floor of the NA today, the Opposition leader said all of the lawmakers present in the assembly were elected by 220 million Pakistanis and they were responsible for changing the nation’s future for the better.There was complete silence in the house during Shehbaz Sharif’s speech, who lashed out at the government of Prime Minister Imran Khan for “ruining lives of Pakistanis”.