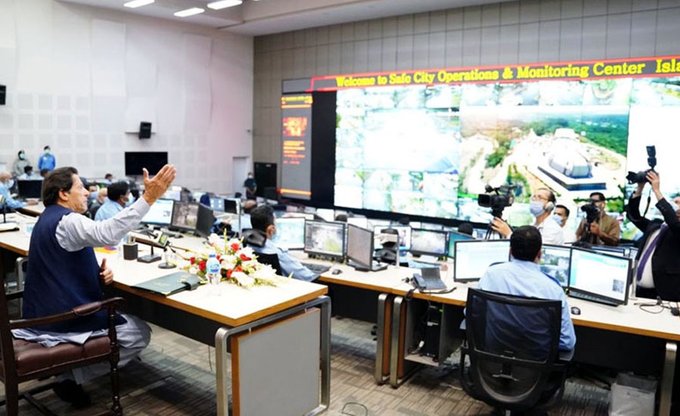 ISLAMABAD: Prime Minister Imran Khan has said that the influential people should be dealt with by iron hand for violating the laws instead of putting the weak segments inside the jails,
PM Imran Khan made the statement while inaugurating the Islamabad police’s Eagle Squad that is introduced for the federal capital’s security.
PM Imran Khan has visited the Safe City Headquarters in Islamabad where he inaugurated the new Eagle Squad of the Islamabad police comprising 100 motorcycles.While addressing the event, the premier said that prosperity needs a peaceful environment in any society, however, peace establishment should not be misunderstood as jailing the vulnerable segments.

He ordered police forces not to deal with the weak segments by iron hand but the influential people who are involved in laws’ violations even if the violator is Imran Khan. Human society is ruled by justice and rule of law but not with the exhibition of power.