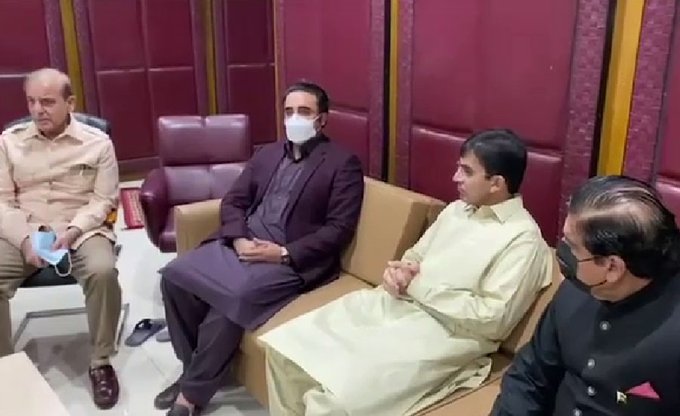 PML-N President Shehbaz Sharif, who is also the Leader of Opposition in the lower house, said on the occasion that yesterday’s incident has made the parliament a laughing stock. It was a black day of the history of the parliament. “Everyone witnessed the behaviour of the government ministers,” he said.

Shehbaz thanked chairman Pakistan Peoples Party Bilawal Bhutto for his solidarity visit. “We have also consulted over the future political strategy,” Sharif said. “The opposition will act with a joint strategy,” he added.

“Shehbaz is the leader of the opposition and represents opposition benches in the house,” Bilawal Bhutto said.

“I have visited Shehbaz to express solidarity with him. We have also discussed the future political strategy and will jointly act on it,” Bilawal added.