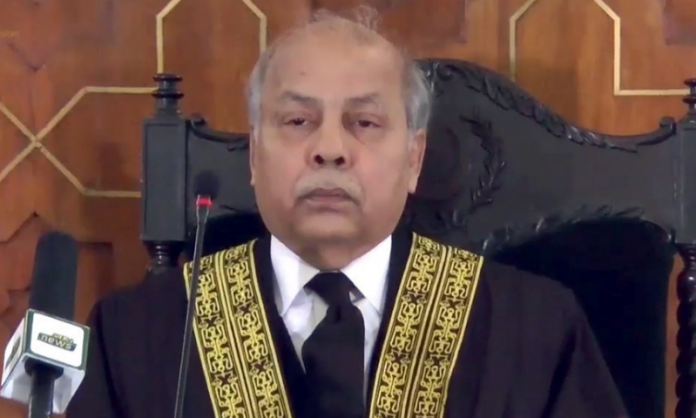 KARACHI: Hearing a case regarding removal of illegal encroachments in Karachi on Monday, Chief Justice Gulzar Ahmed remarked that the entire country is developing except Sindh. Taking the Sindh government to task, the chief justice Gulzar Ahmed said people in Tharparkar are desperate for a drop of water even today. “Not a single RO [Reverse Osmosis) plant was installed but Rs1500 million had been spent,” he added. “What plan does the government have?” the chief justice asked the Advocate General, observing the situation is getting worse. Unfortunately, the top adjudicator remarked, people rule here from London, Dubai or Canada, which does not happen in any other province. Even an assistant sub-inspector becomes so powerful that he runs the entire system, he added. “Your government has been in power here for many years. What did citizens get?” Chief Justice Pakistan Gulzar Ahmed questioned the top provincial law officer. The Advocate General asked the apex court for two days’ time saying the provincial government is going to unveil the budget tomorrow. At this, the Chief Justice Pakistan Gulzar Ahmed questioned what did people get as the budget was presented last year too. “It is a rigmarole of figures. You just move numbers here and there.”