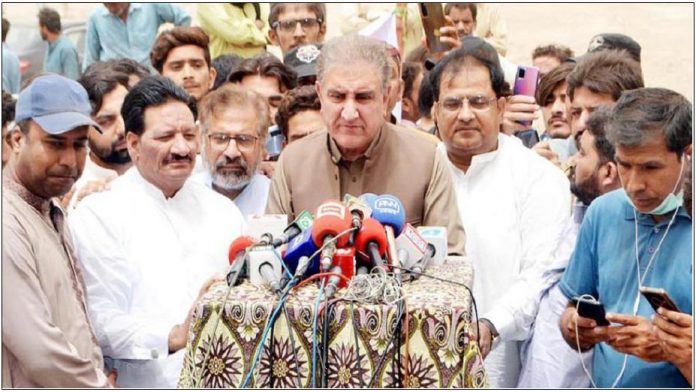 MULTAN: Foreign Minister (FM) Shah Mahmood Qureshi on Sunday reiterated that Pakistan will neither provide its military or air bases to the US nor permit it to conduct airstrikes within the country. Talking to news men in Multan, Pakistan, under the leadership of Prime Minister Imran Khan, would never provide its bases to the US. On the Kulbhushan Jadhav case, he held Pakistan Muslim League-Nawaz (PML-N) responsible for the mishandling of the Indian spy case. “India wants to take Jadhav’s case to ICJ again.” I hope the opposition will understand the Indian attempts in this context, he maintained. Ruling out the impression of political victimization of opponents under the name of accountability, FM Qureshi said, the incumbent government wants transparent accountability system across the country. He advised PPP chairman Bilawal Bhutto Zardari to clarify his position in the graft cases. Responding to critics on the federal budget 2021-22, he asked the PML-N leader Ahsan Iqbal to go through the budget document carefully, before commenting on anything. Earlier, the Foreign Office (FO) had also stated that there was no US military or air base in Pakistan and nor was any such proposal envisaged. Responding to media queries, the foreign office spokesman had said that any speculation on this account was baseless and irresponsible and should be avoided.