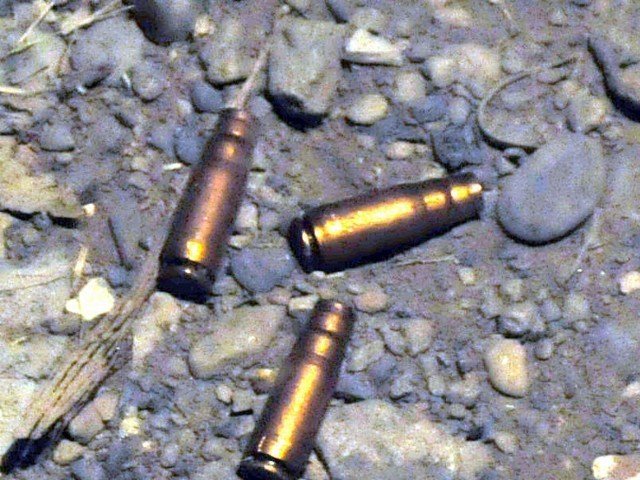 KARACHI: In yet another horrific incident of domestic violence, a man opened fire on his wife after a brief quarrel in Landhi neighbourhood of the city, killing her on the spot. According to police, the incident occurred at a house in block 6 of Landhi neighbourhood and the victim has been identified as Bisma. “She was murdered after her husband opened fire on her,” they said adding that it happened after a quarrel between the couple. The couple got married four years back and had three children, the police said. They said that the police was informed regarding the incident by neighbours as the suspect and his father ran away from the spot after the incident. “We have collected evidence from the crime scene and will soon arrest the culprits involved in the act,” the official said. In a rather contrary incident reported earlier today, a woman allegedly killed her husband, as it divulged, with the help of her male friend in the Korangi district of the port city. After recovery of the blood-ridden, rope-tied and blanket-shrouded body of her husband, whose throat was slit, from under her bed, following house help’s statement to the police, the suspect wife told police that her male friend murdered him. The murder took place at around 11 am in the morning on Saturday where the woman, with her friend, killed the husband while their three minor kids witnessed the ghastly event. My friend Soni killed him, the wife told the police. “He told me to hide the body at your place somewhere for now and later I would dispose of it,” she admitted in her police statement.