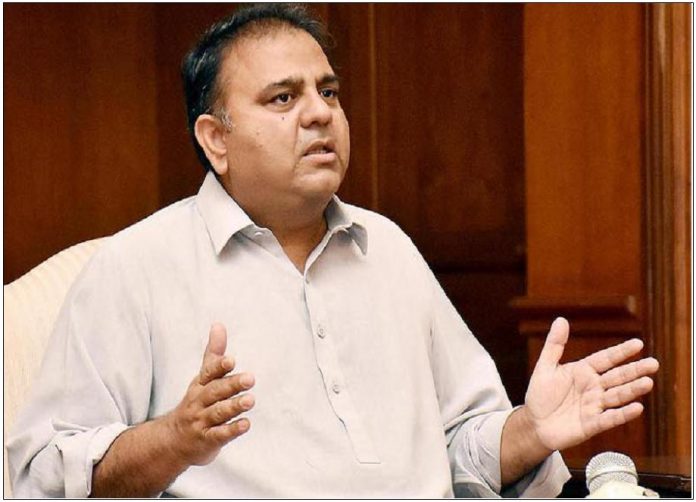 KARACHI: Information Minister Fawad Chaudhry on Sunday termed Murad Ali Shah as a puppet chief minister of the province and blamed him for adopting nationalist politics setting aside the political vision of the PPP’s founders. Speaking to the media during his Karachi visit, Fawad Chaudhry said that the chief minister is being used as a puppet by his handlers in PPP as decisions in the province are not made by the provincial assembly and the chief minister. He, however, rejected any move from the federal government regarding imposing governor rule in the province. “There is no space in the constitution for the imposition of governor rule,” he said while terming it as an undemocratic step. Fawad Chaudhry, however, stressed the need to ensure implementation of article 140 of the constitution in the province and said that there is a need for strong local bodies governments in the province. “Local bodies elections should be held in the province immediately,” the information minister said while asking the provincial rulers as to how long they would run the province using contractors. “NAB has recovered billions of rupees of embezzled money from the province,” he blamed. He lamented that the provincial authorities have failed to improve the abilities of the Sindh police and had only used it as a protocol force for them. “The police do not have the ability to maintain law and order situation on its own and in case of Rangers absence, they are unable to maintain security situation,” he said. Fawad Chaudhry further lashed out at the Sindh government over rising incidents of street crimes in Karachi and said that citizens are being left at the mercy of the criminals, who could stop them at any nock and corner of the city and deprive them of their belongings. “Is it not the police that is responsible to tackle such criminal activity,” he asked and said that a city as big as Karachi is unable to develop a police force owing to the incompetency of the provincial authorities.