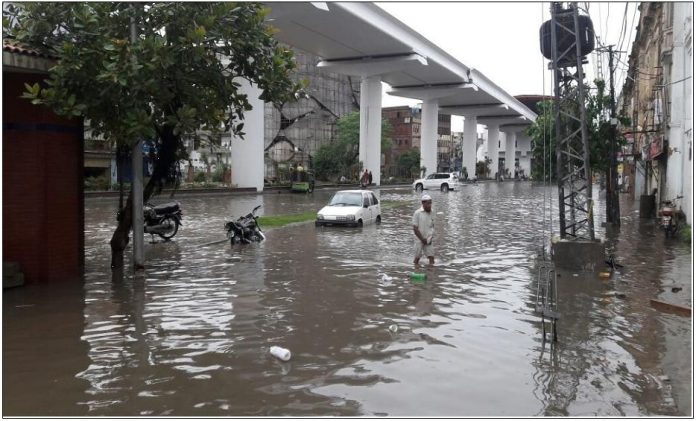 KARACHI: The Pakistan Meteorological Department on Saturday said that this year, Karachi and other parts of Sindh are likely to receive more than usual rainfall in the monsoon season. It said that the usual amount of rain recorded for Karachi in the month of July is 60mm, for August is 60.9mm and for September is 11mm. In a monsoon outlook advisory for the entire country, the PMD said that this year, the onset of the rainy season is expected between June 27 and 30. Pakistan to receive more rainfall than usual this year The upper half of Punjab, northern Balochistan and Kashmir are also likely to receive moderately above normal rainfall during the season. “Area weighted normal rainfall of Pakistan during July-September is 140.8 mm,” read the advisory. PMD said that during the monsoon season, flash flooding in hill torrents of Punjab, Azad Jammu and Kashmir and Khyber Pakhtunkhwa, besides urban flooding in major plain areas of Punjab, Sindh and KP “cannot be ruled out”. Due to extreme hydro-meteorological events over catchments, riverine floods may occur, it added. “Above normal temperatures in high altitudes are likely to increase the rate of snowmelt in the Northern Areas subsequently increasing the chances of base flow in the Upper Indus basin,” the advisory said. The PMD said that on the flip side, a good impact would be that sufficient water would be available for irrigation and for the power sectors.