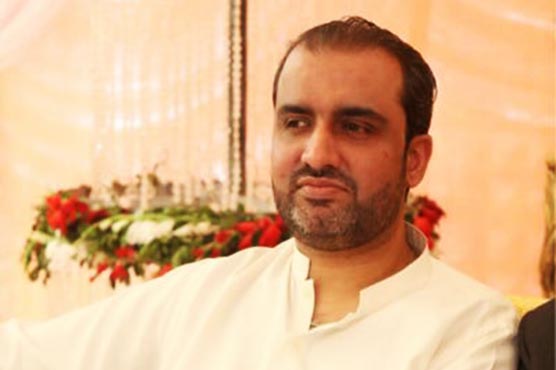 SUKKUR: Pakistan People’s Party (PPP) leader Khursheed Shah’s son Farrukh Shah will appear before an accountability court in Sukkur on Saturday in the hearing of assets beyond income case A member of provincial assembly (MPA) Farrukh Shah, the son of PPP leader Khursheed Shah, will appear before an accountability court in Sukkur following the directives of the Supreme Court (SC). The top court had directed Farrukh Shah to surrender within three days besides assuring his presence in the hearing of assets beyond income case against his father. The lawmaker in the Sindh Assembly was also named among the accused in the corruption reference filed by the National Accountability Bureau (NAB) against Khursheed Shah. It is pertinent to mention here that Farrukh Shah submitted his bail petition to the top court. Khursheed Shah spent 21 months in jail after being arrested by the anti-corruption watchdog’s Sukkur chapter on September 18, 2019. On June 4, the Supreme Court (SC) had dismissed a bail petition of senior Pakistan Peoples Party (PPP) leader Syed Khursheed Ahmed Shah in a National Accountability Bureau (NAB) reference. A three-member bench, headed by Justice Mushir Alam and comprising Justice Sardar Tariq Masood and Justice Aminud Din Khan had dismissed the petition after Shah’s counsel told the court that he wants to withdraw it. He had stated that his client would approach the Sindh High Court (SHC) to seek bail on the ground of delay in conclusion of trial and hardship. The SC bench had instructed the SHC to decide the bail petition to be filed by Khursheed Shah within a month.