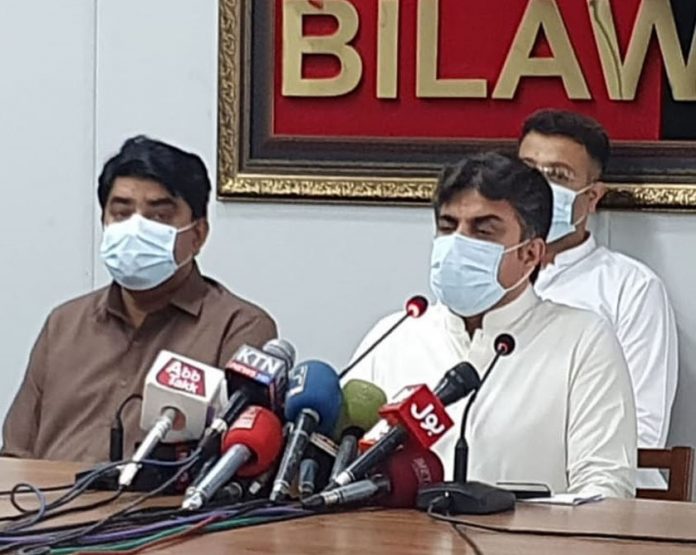 KARACHI: Sindh is facing an acute water shortage that might hit its paddy and cotton sowing efforts resulting in less per capita yield. The Sindh government has said that the most serious problem that the province is confronting right now is the shortage of water, urging the Indus River System Authority to give equal share of water to all the provinces when everybody is facing a water deficit. Sindh Minister for Local Government, Information, Religious Affairs and Forests Nasir Hussain Shah during his media talk on Sunday termed the water shortage the gravest threat to the province. He said the Sindh was given 35% less water than its due share. He said Irsa declared that Sindh would be awarded same apportionment of water as other provinces were getting. But despite our severe protest, Irsa only made announcement and failed to take any practical measures in this regard, the minister said. Mr Shah said every Sindhi man was worried at the biased attitude that was being adopted towards Sindh. He said if there was deficit of water then this shortage should be borne by every federating unit equally. He said this year water shortage was more acute than the previous years. The minister claimed that Sindh was providing Balochistan its water share. He objected to the water regulatory body’s decision to cut 35% share of water of other provinces in order to provide water to one province. He lamented that though Irsa promised equal water distribution to provinces but it did not act upon it. He said farmers were protesting in Sindh. He said the Sindh government was wrongfully blamed for the delay of K-IV water supply project which is pending for the last 19 years. He said the Frontier Works Organization was dealing with K-VI tender. The minister said that Sindh contributes 35% share of cotton yield to the total agri produce. Under the direction of Supreme Court, six hydrants are running, he said adding that people were arrested on the pretext of water theft during crackdowns. He said Karachi was expanding. People from all over the country are settling down in Karachi. He said his government never stopped water of any locality. Sindh Governor Imran Ismail also said on Sunday that the water shortage could be tackled by indulging in massive tree plantation campaign in the province. He said the province was facing water shortage and the government needed to boost tree plantation drive to overcome this crisis. Sindh Agriculture Minister Ismail Raho also raised water issue on Saturday saying due to water shortage crops of cotton, rice and sugarcane were being affected adversely. He said the province could not meet the target. He said the province could meet only 70% target of cotton adding that there was 70% water shortage at Kotri barrage. He rejected federal government’s three-tier formula saying if it was in the interest of federal government, they would come out with a three-tier formula. He said if the federal government would destroy institutions and forcefully imposed its decisions then we were left with no option but to protest. He said PPP was raising water issue at every forum. The rice belt at Larkana is also facing dearth of water. For sowing of Paddy in Larkana, 10,000 cusecs water used to release for the crop but this year the growers could not sow rice due to water shortage. Kambar district is also in the throes of water crisis. Since no water is coming from canals, farmers are using waterwheels driven by camels to lift water for irrigation.