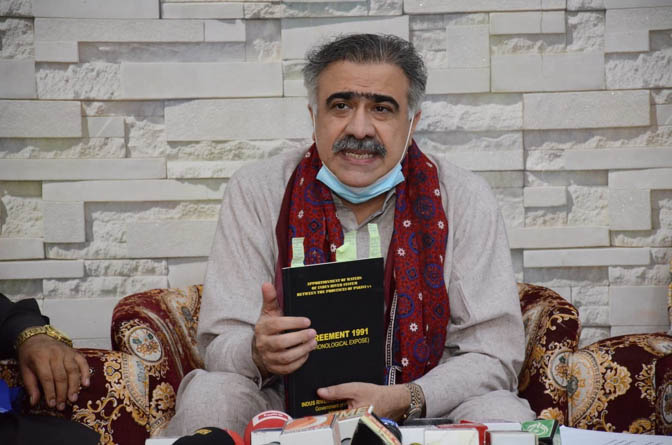 KARACHI: Sindh Irrigation Minister Sohail Anwar Khan Siyal has said that Sindh is facing a 67 percent shortage of water. Addressing a press conference in Larkana on Sunday, Sohail Anwar said that the three-tier formula for distribution of water did not exist, blaming the IRSA for telling lies in this regard. He said they had lodged 20 cases regarding water theft recently, adding that the government was actively taking action on the complaints of water theft. The provincial minister said the PPP had been raising its voice on the water issue in the National and Sindh assemblies as well as in the Senate. He said 17 percent of water was getting waste at Chashma but the 17 percent share of Sindh was not being given. He said they had talked about the water issue during a meeting with the prime minister. “But we did not know that he (the PM) will be so much nonserious on the issue,” he added. Sohail Anwar said the IRSA was aimed at distributing the water among provinces but it was doing shortage by making the excuse of three-tier formula. He said they were not asking for the water of other provinces but they just wanted their share.