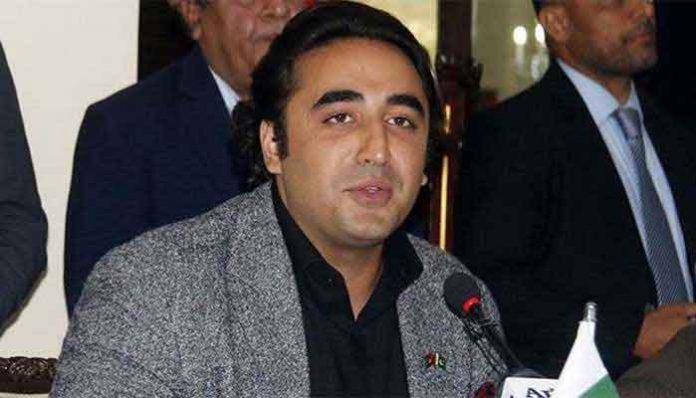 KARACHI: Pakistan People’s Party Chairman Bilawal Bhutto Zardari has said that the PTI government has put nation’s pride at stake by signing an agreement with the International Monetary Fund on strict conditions, emphasizing that the government cannot hide its failure to control inflation by putting blame on the international lender. In a statement released in Karachi on Sunday, the PPP chairman hitting hard at the ineffective economic policies of the government said that the government had put the nation’s pride at stake by agreeing to the tough conditions of IMF. He said the government wanted to conceal his economic ineptness by putting blame on the IMF for unbridled inflation in the country. Bilawal wondered if India could keep its inflation rate at 4.29% despite a menacing second wave of corona pandemic and Bangladesh managed to keep it at 5.54%, then why Pakistan’s inflation rate spiraled to 10.9%. He lamented that the mafia working under Prime Minister Imran Khan had raised the chicken meat prices 110%. He said the PTI elite had earned profit of billions of rupees after raising chicken meat prices. Now the same profiteers are bringing the chicken prices down and claiming credit for that, he lambasted. Bilawal said people were getting poorer and PM Khan was planning to dole out billions of rupees on PTI parliamentarians. He said during the worst economic crisis the country was facing right now, giving Rs96 billion to PTI lawmakers was an anti-people move. He asked the premier instead of doling out billions of rupees on the parliamentarian who had been elected after rigging the polls, he should spend this public money on the welfare of the people. He lamented that after the expiry of the 11th five-year economic plan, the PTI government had failed to bring about its own five-year economic plan. Bilawal jeered at the PTI government saying ‘if the PTI government intends to make its economic policies at the behest of the IMF, the government should tell the people clearly that they came into power without any economic plan.’