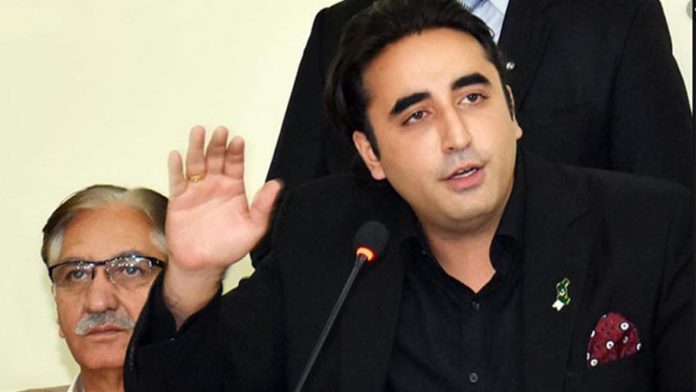 KARACHI: Pakistan People’s Party (PPP) Chairman Bilawal Bhutto Zardari has said that if came to power PPP would deliver ‘Roti, Kaprra aur Makan’ to the people. He was of the opinion that policies introduced by right-wing parties in the country had failed to deliver since these only benefitted the rich and influential and this was only the PPP whose economic policies could take the country forward. “PPP is the only party in the country that shapes up its economic policies keeping in view the monthly budget of the common man,” he claimed. In a statement released on Saturday, Bilawal further claimed that whenever PPP came to power in the past, it provided Roti, Kaprra aur Makan to the masses. “Last time when PPP had the government at the Centre, an ordinary five-member family could fulfill its monthly demand for flour in Rs1,975 only,” he said, and added, “Now under the Pakistan Tehreek-i-Insaf (PTI) government, it costs the same family Rs3, 500.” Similarly, he claimed, when the last PPP was in power, the head of an ordinary family could purchase clothes for his children for Rs600 only. “While, today, he has to spend Rs3, 600 for the purpose,” the PPP chairman added. He went on to add that under the last PPP government, an ordinary five-member family living on rent would pay, on average, Rs3, 500 to the landlord. “While today, the amount has jumped to Rs22, 000,” he said, and added that if there was inflation under the PPP government due to international financial situation, the party’s government also increased common man’s income by 59 percent. “My party’s government increased the salaries of government employees by 150 percent so that global financial crisis could not have an impact on their living standards,” Bilawal boasted.