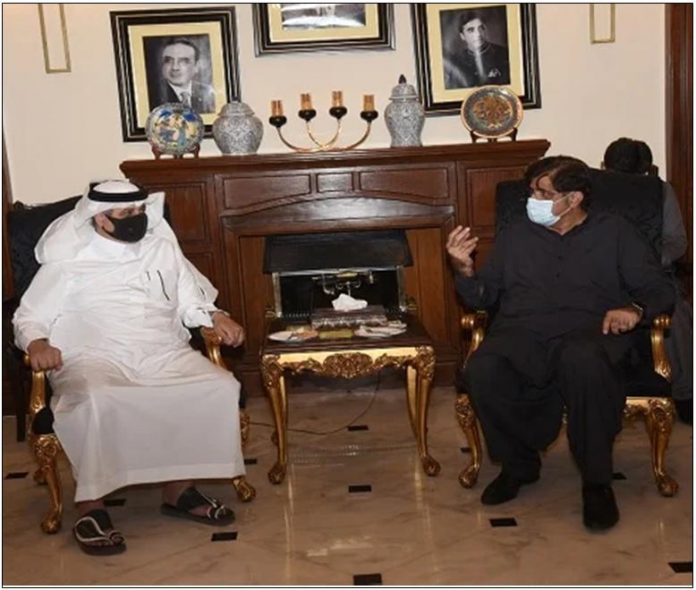 KARACHI:Saudi Arabia’s Ambassador in Pakistan Nawaf Saeed Al-Malky called on Sindh Chief Minister Murad Ali Shah at the CM House on Friday. During the meeting, CM Murad said most of the citizens are being administered Chinese vaccine in Pakistan. Pakistanis are upset over non-inclusion of the Chinese vaccine in the Kingdom’s list of approved vaccine for Hajj and Umrah pilgrims, he added. Saying that the World Health Organization (WHO) has also approved China’s Sinovac Covid vaccine, the chief minister asked the envoy to allow the Chinese vaccine to be administered to Hajj pilgrims. “We will get China’s vaccine included in our list,” the CM House as quoted the envoy as assuring the chief minister. Saudi Consul General in Karachi Bandar Al Dayal was also present in the meeting. A delegation of doctors of King Salman Medical Centre accompanied them during the meeting. The Saudi doctors will set up medical camps for poor patients’ treatment in Karachi and Shikarpur and will also conduct open heart and eye surgeries.