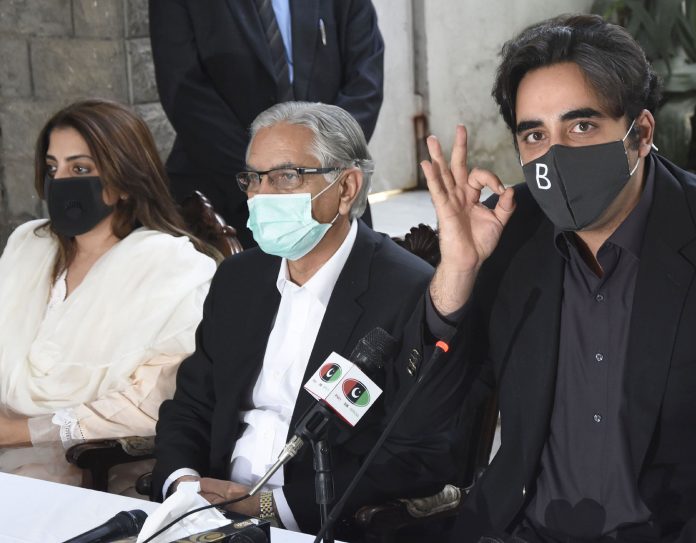 KARACHI: PPP Chairman Bilawal Bhutto-Zardari on Friday said “Raiwand’s prime minister” Nawaz Sharif was sent abroad despite being convicted, as he lashed out at the ruling PTI and PML-N. “If the president (Asif Ali Zardari) is from Nawabshah, he remains on medical bail despite trumped-up charges,” the PPP chairman said, during a press conference in Islamabad. Bilawal said Zardari remains in Pakistan — moving from one doctor to another — despite his children telling him to go abroad and seek treatment. “I want to ask the prime minister (Imran Khan) that what sort of accountability is being implemented in the country?” he asked, adding that if the premier’s friends are being alleged of a crime, no action is taken against them. He went on to say that despite accusations against the prime minister and his sister, no action is taken against them either. However, if the sister of a former president from Nawabshah is blamed for something, “then she is dragged to jail from her hospital bed”, he said, referring to PPP leader Faryal Talpur.