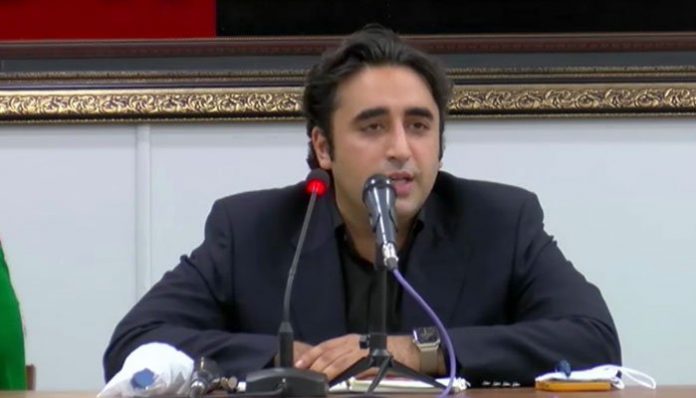 KARACHI: Pakistan Peoples Party (PPP) chairman Bilawal Bhutto Zardari on Thursday has criticized the incumbent Pakistan Tehreek-e-Insaaf (PTI) government, saying it has badly failed to boost the economy of the country. In a statement, Bilawal said that PPP had increased the income of common man by 59 percent during its tenure while the country is on top in the list of the countries suffering from inflation in South Asia. A day eralier, Pakistan Peoples Party (PPP) Chairman Bilawal Bhutto Zardari on Wednesday said the PTI government intends to put economic burden on the low income class.In a statement, the PPP chairman said “Imran Khan’s scheme to collect taxes from the poor proves his hostility towards the public.” “The low income class is Prime Minister Imran Khan’s target in upcoming 2021 budget,” he added. The PPP will defend the public against PTI’s propaganda to crush them economically in the budget, the party chairman said. Bilawal said “The inflation rate has spiked by 20% in the country. If the salaried class is further entangled in taxes, it will be the biggest injustice against them,” adding that the PTI govt replaced the finance secretary a few days before the budget in order to present its economic failures as economic prosperity. PPP chairman bilawal Bhutto Zardari further said “Imran Khan can receive appreciation from his fans by manipulating the statistics regarding the economic progress but the public will not be fooled by these tactics.”