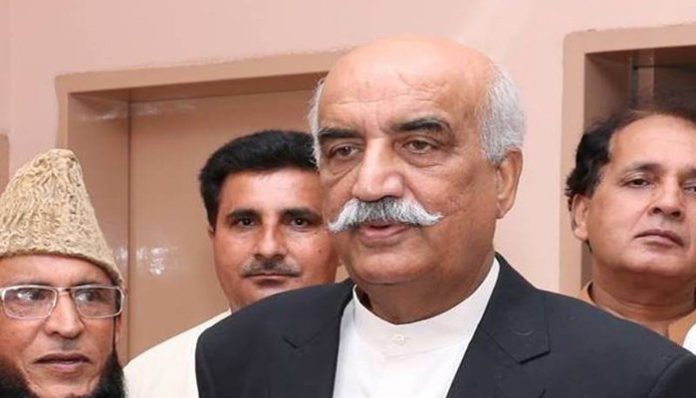 ISLAMABAD: The Supreme Court adjourned further hearing of the bail petition of the People’s Party’s Syed Khursheed Shah till today. Two wives Khursheed Shah and his son Farrukh Shah were also summoned by the bench during the case hearing. The court also ordered Sindh’s transport minister Awais Qadir Shah and all other accused in the National Accountability Bureau reference to ensure their presence in the hearing. “All accused having bail cancellation notices should attend the court hearing today,” the bench comprised of Justice Sardar Tariq ordered. “The criteria has been fixed for bail in NAB cases,” Justice Tariq observed. “If the hardship point was raised in the bail petition in Sindh High Court,” the Justice questioned the lawyer. “The point of hardship was not raised in the high court,” Khursheed Shah’s counsel said. “The hardship could not be raised directly at the Supreme Court,” Justice Tariq said. The arrest period was less at the time of the high court case, counsel Makhdoom Ali Khan said. “In September the arrest period will be completed to two years,” the counsel added.