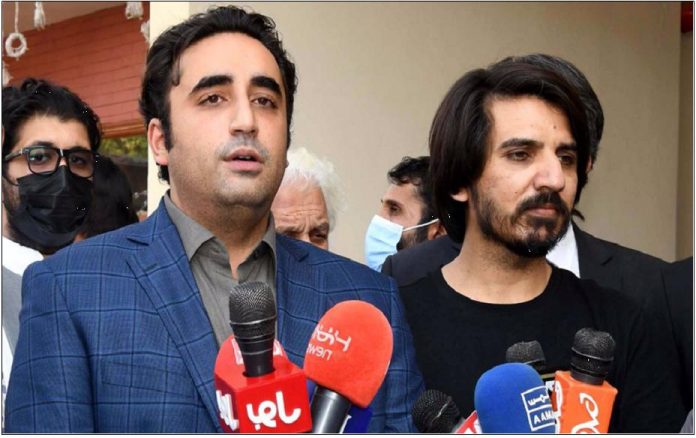 KARACHI: Chairman Pakistan People’s Party Bilawal Bhutto Zardari has expressed concerns over the diminishing agriculture of the country. Calling out Prime Minister Imran Khan for the unfair distribution of water to crucial areas of Sindh, Chairman PPP pointed out that the ruling government was entirely responsible for placing Pakistan’s agriculture at stake. While other politicians are in denial regarding Pakistan’s future, the impact caused by the downfall of crops has painted a clear picture of the harsh conditions that will befall the country soon. In a statement issued from the Media Cell Bilawal House, the Chairman PPP revealed that the nation had not faced such an acute water crisis in the past 60 years. He also emphasized upon the dire effects this preferential distribution can lead to, including an irreversible bump in poverty and inflation. “The cotton crops of the country have already declined according to the statistics. Shockingly, the puppet Prime Minister and his government are unable to realize the thousands of lives that will be affected since those living in rural areas are highly dependent on crop generation,” exclaimed Chairman PPP Bilawal Bhutto Zardari. The Chairman PPP also expressed his disbelief over the exaggerated corruption statistics presented by the government. “Imran Khan Niazi has been delivering false facts since the day he assumed power. The nation is well aware of his U-turns and overstatement of reality – especially when it comes to complimenting his government,” he said. “And now he is making claims of economic growth. If the economy was growing, why have thousands of people been rendered jobless? Why are people sleeping with empty stomachs? The PM is answerable to the suffering he is endowing upon the citizens of Pakistan.” Chairman PPP Bilawal Bhutto Zardari further highlighted that the poverty rate is over 21%, and these numbers do not show any economic growth. “If the economic growth rate has increased, why is PTI cutting the budget of higher education institutions in Khyber Pakhtunkhwa?” he inquired. “You cannot photoshop reality!” We can no longer risk the future of Pakistan.” He also pointed out that the basis of Imran Khan’s failure is his lack of experience. Running the country is not the same as playing cricket, and the current PM is entirely unaware of economic problems.