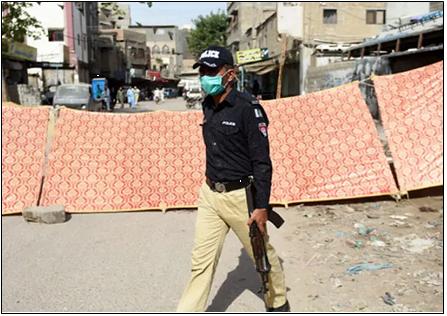 KARACHI: The vice chairman of Sindh’s trader alliance Muhammad Kashif Sabrani said Sunday in a press conference the curb in Covid spread in the recent days is a favorable outcome of people and government ensuring SOP compliance thus businesses should be rewarded with six working days and more hours, VC Sindh Tajir Ittehad Sabrani said the Chief Minister of Sindh and his commissioned task force have admitted that traders and businessmen have adhered to Covid SOPs which resulted in the mitigation of viral spread. We should be allowed to operate six days a week instead of five and be permitted to work till 8 pm rather than being forced to wind up at 6 pm, Sabrani said. In the present times the traders are facing some of the worst financial crises especially with a ‘flop Eid season buesiness’ that failed traders’ expectations. We now pin our hopes on Baqr Eid season shopping to recover from the crisis. He said with expanding market timings by two more hours and allowing another day in the week will in fact cut down on the people’s flux in the market as they storm to markets in flocks when time is limited.